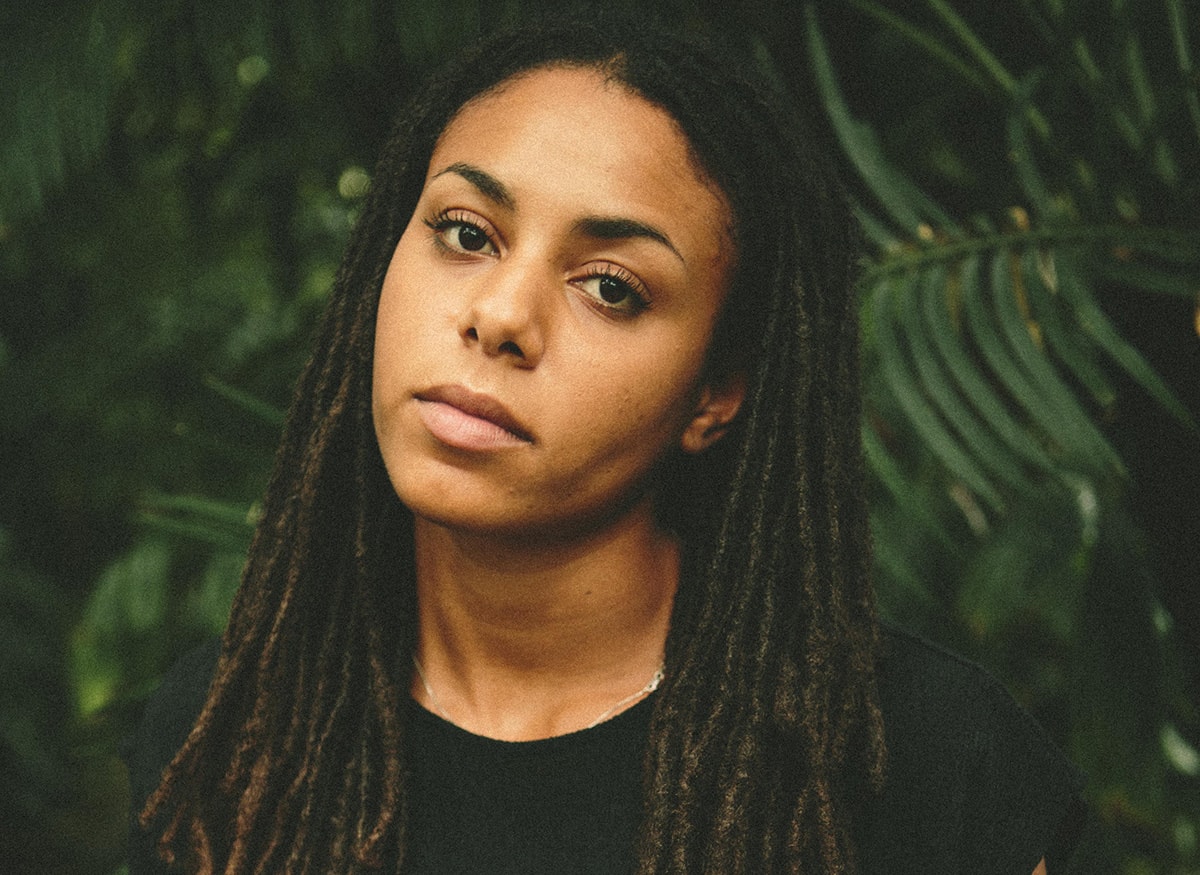 The explosive DJ and producer opens her usb sticks for us.

This Friday in Paris, collectives Cycle.s and Gqomunion join forces to throw a party at La Sation. They invite Ehua, a London-based Italo-Ivorian DJ and producer who juggles with elements of bass music, gqom, Hard Drum and house. She’s a member of femme culture collective who have been championing female-identifying talent and promoting equal opportunities across all formats since launching in 2016.

After a well-received first EP, Ehua recently made a track for the great Nervous Horizon’s last compilation curated by label bosses TSVI and Wallwork.

Because her sets are explosive, we ask Ehua to unveils her secret weapons. Listen to the cutting-edge selection below.

The favourite warm-up track to open a DJ set with

“I opened my Boiler Room set with this track last year. It’s an 8-minute track with a very slow progression in which each sound brings in new textures that evolve and build up beautifully. It’s gqom, but it cross-pollinates with sonic realms on the opposite side of the spectrum, I just love it.”

The best track of my favourite Durban’s newcomer

“Durban is a haven of raw talent. I follow so many artists from Durban, but I believe “Dark City” (one Citizen Boy’s latest tracks included in From Avoca Hills To The World), really shows the depth of his musical research and ambition. He is such a brilliant producer, I’m sure he’ll bring gqom to new heights.”

“This is an unreleased track by Wallwork that I love to mix with DJ Lag’s “My Power”. It’s a super high energy track and the blend of the two—with Beyonce breaking in—works incredibly well.

“I recently mixed Dark Planet by Da Soul Boyz with a Sebastien Forrester remix of Hamza’s “Bac +12”  feat. Koba LaD in my latest NTS guest mix for re:ni and Laksa. I loved the blend.”

“I fell in love with this track a long time ago, actually it was even before I discovered gqom. I saw a French dance crew called Paradoxal doing an incredible choreography for this song and I was hooked immediately. The drop is so sick and it always makes me wanna dance.”

“I really like this refreshing gqom inspired take on a classic by Soul II Soul. I just love to loop this track and jam with it. It is so groovy, it has so many different elements and it’s such a timeless classic, it always works on the dance floor.”

“This is such a hard question, I have so many favourite tracks! However, (in no particular order) these are some tracks I love that somehow represent the many directions my sets can take. “