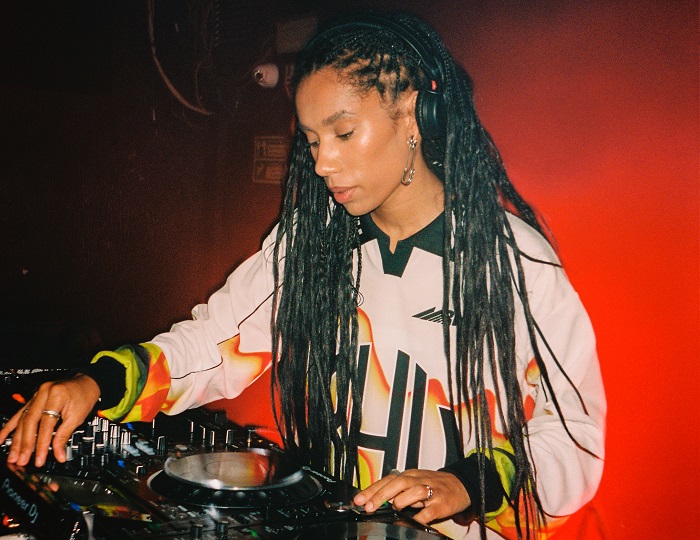 Lisbon-based artist Zengxrl is warming up for the Summer Dock festival, skilfully juggling between the genres she loves through a flamboyant PAM club infused with contagious energy!

Based in Lisbon, the DJ of Angolese descent Zngxrl possesses a peculiar style. She focuses on amapiano, afrobeats, hip hop and baile funk in her sets. In just a year on the stage, her all-in-one performances have led her to share the bill with big names such as Branko, Major League DJz and Pedro Da Linha. Despite her young age in this industry, she has been personifying Lisbon’s new sound coming from the African diaspora and has nothing to envy to her peers, as she combines her refined selection with irresistible bangers and galvanising transitions, just like in this PAM Club. Modelling on the side, Zengxrl has worked for the likes of Calvin Klein, Obey or Fred Perry, reconciling the two worlds together as she sometimes plays in the after-parties of fashion events.

This self-accomplished artist will be one of the headliners at the Summer Dock festival that will take place Saturday 23 July at Dock B in Pantin, near Paris. For the occasion, she graces us with a soft rhythmic voyage throughout her current favourites “in the way of her brightly-coloured potpourri”. In this mashup-lile PAM Club, she cheerfully switches between a amapiano banger and a Kendrick Lamar song, making gqom and baile funk collide in the ring, and introducing batida/UK funky fusions, before catching us off-guard with a dancehall hit. Some heavy stuff!

Zengxrl will be present at the summer festival “SUMMER DOCK” at the DOCK B (Pantin) on Saturday 23 July from 2pm to 12:30am, as part of a line-up of the most cutting edge Afro-electronic collectives right now. Info and tickets here.