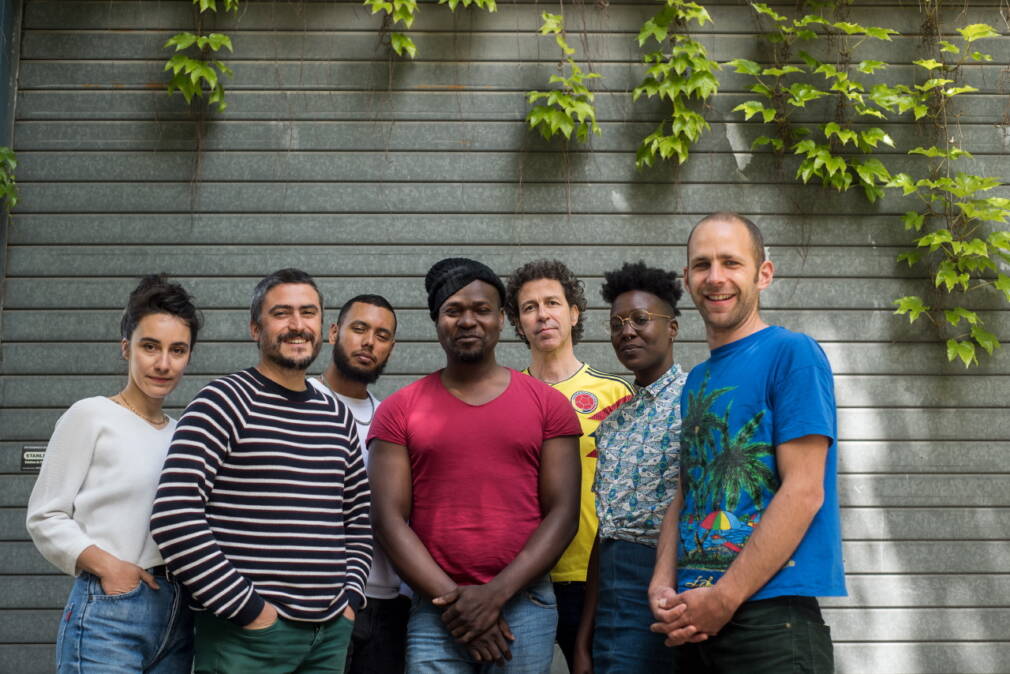 Fusing festive Afro-Colombian currulao with the warm Creole tunes of maloya allowed the newly formed An’Pagay to produce their debut album Somin Tegor. An’Pagay is made up of two unique bands, Ti’Kaniki led by Luc Moindranzé Karioudja, a reunion of French musicians from the mainland and overseas, namely the Mascarene islands. The other, Pixvae, led by Romain Dugelay, a French band as well, used to experiment with the marimba de chonta, an instrument popular in traditional Afro-Colombian music. The latter was itself  born from the reunion between Afro-Colombian group Nilamayé and French rock trio Kouma to produce their distinctive Colombian crunch, proving Pixvae’s members’ taste for fusion is nothing new.

The name given to their album is a reference to a street located in St Benoit, a town in Réunion where Luc Moindranzé Karioudja grew up. It’s a project deeply rooted in the musical tradition of the island, notably maloya, and the ternary blues inherited from slaves who worked on sugarcane fields on the Réunion Islands in the 17th century. Not unlike Jako Maron, An’Pagay offers a revisited version of the genre mixed with post-rock influences. Karioujda’s complex and moving melodic lines are beautified by Dugelay’s polyrhythmic counterpoints to hatch this demented sound.

Listen to “Somin Tregor” in our Songs of the Week playlist.