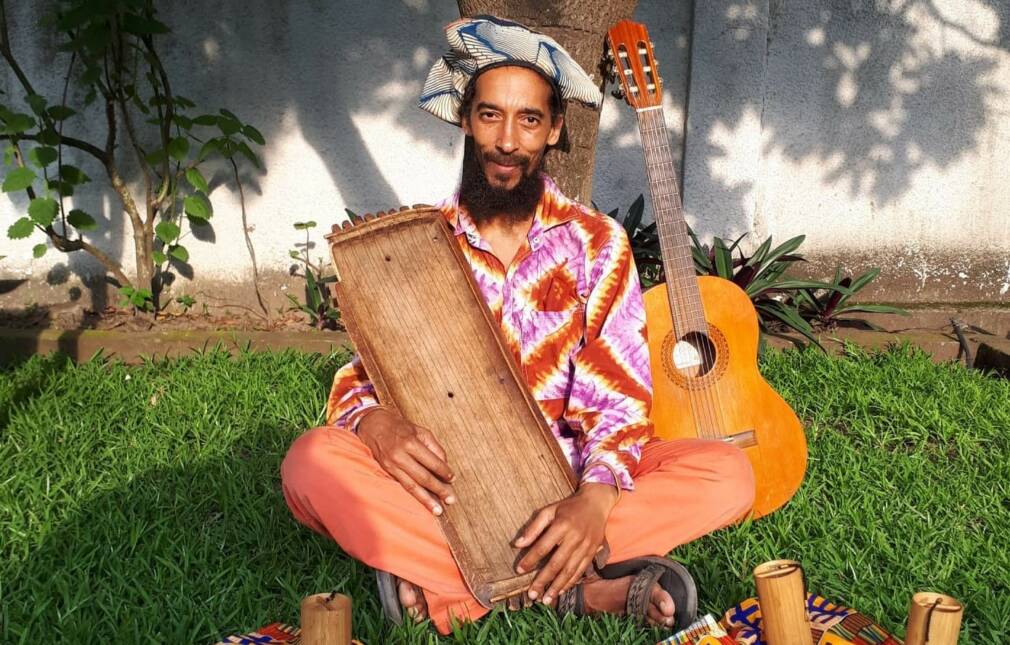 They had known each other for a longtime, but the duo formally banded together during the 2020 lockdown in Brussels. Nyati Mayi, a Congolese musician, sings and plays the lulanga, a stringed instrument, belonging to the zither family, with a rectangular, shallow-troughed body, that originates from the Democratic Republic of Congo. DJ soFa, aka the Astral Synth Transmitters and soFa elsewhere, is a Belgian producer and dedicated digger who has worked with the likes of Cheb Runner. Intrigued by the recordings Nyati Mayi posted on social media, soFa remixed one of his tracks which he, in turn, later posted. From there on, the two decided to continue making music together and became Nyati Mayi & The Astral Synth Transmitters.

For the purpose of this debut album, they produced six tracks featuring Nyati Mayi’s vocals (singing in no particular language) and his expert lulanga’s playing, woven together with electronic sound and percussive rhythms, to deliver a jazztronic, afro-futuristic record. Appealing to their eclectic taste, Lulanga Tales showcases the richness and versatility of Brussel’s underground scene that easily embrace the lulanga’s recognisable sound and the trance-like virtue of Nyati Mayi’s singing inspired by gnawa music.

The opening song “Elderflower” introduces the lulanga’s resonant sound and Nyati Mayi’s deeply moving voice (displaying an impressive range) that are accompanied by soFa’s synths. “Cry Woman” brings a more percussive touch to accompany Nyati Mayi’s singing with the lulanga’s repetitive motif and a consistent bassline’s rhythm. In “Try Sunshine”, Nyati Mayi introduces the shamisen, another traditional stringed instrument, this time originating from Japan. Along shuffling beats, his synth and echofied effects, soFa plucks it to give the track a dub-like feel. The album closes with “Heart & Beatroot” which holds definite clubbing qualities with Nyati Mayi taking, at times, a “scat-adjacent vocal style”.

Listen to “Cry Woman” in our Songs of the Week playlist.