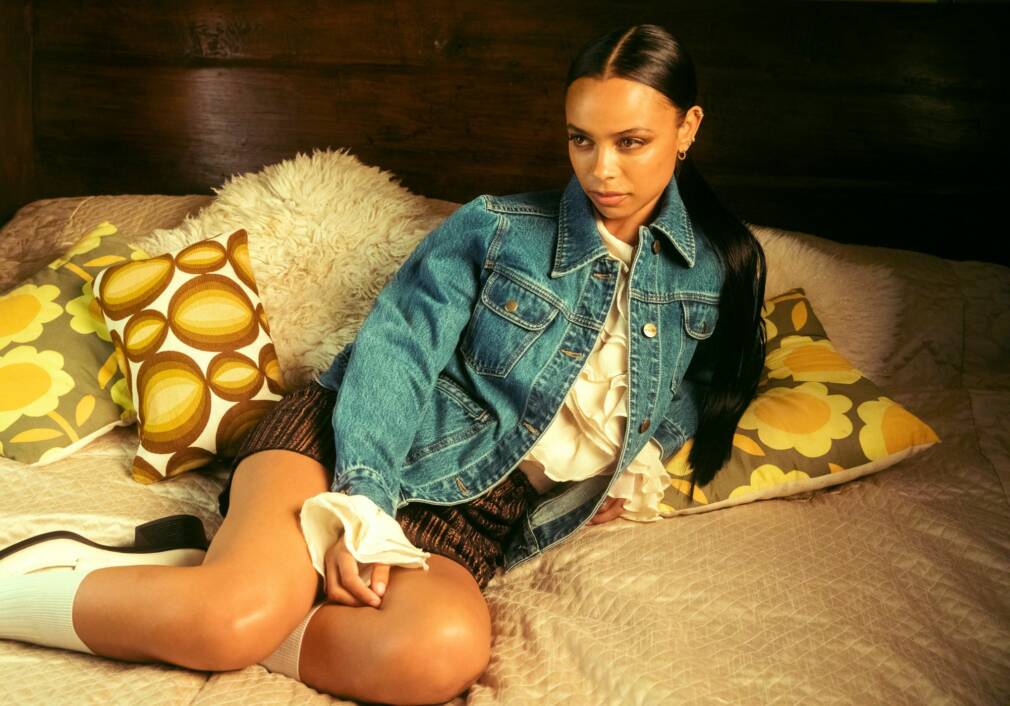 The Ninja Tune signee will bring together 12 tracks of her electro-pop underground music on her first album Capricorn Sun, out October 7th.

A new face of the London house scene, TSHA has been turning big heads from Annie Mac and Bonobo to The Gorillaz breaking through with a string of singles in 2019 and 2020 like the deep house “Sister” or the poppier “OnlyL” featuring NIMMO. TSHA quickly began to incorporate sounds from the African continent in her work, at first seduced by Queen B’s The Lion King: The Gift original soundtrack, and taking a peculiar interest in Malian music.

Her 2021 single “Demba” features a distinguished group, Trio Da Kali, whose members are descendants of a long line of griots from the Mande culture of southern Mali. On “Demba” we can hear the masterful playing of the balafon by Lassana Diabaté, a long time member of Toumani Diabate’s Symmetric Orchestra.  Now, TSHA has invited the Malian songbird Oumou Sangaré onto this latest single “Water” where Oumou’s voice is pitched down underneath the flashy arpeggios and rising synths.

Capricorn Sun, TSHA’s debut album recorded over the last two years will include 12 tracks of uplifting-future faced energy channeled from her massive stage appearances including opening sets for the likes of Bob Moses, Disclosure and a US Flume tour booked for September.

Listen to “Water” feat. Oumou Sangaré in our Songs of the Week playlist.