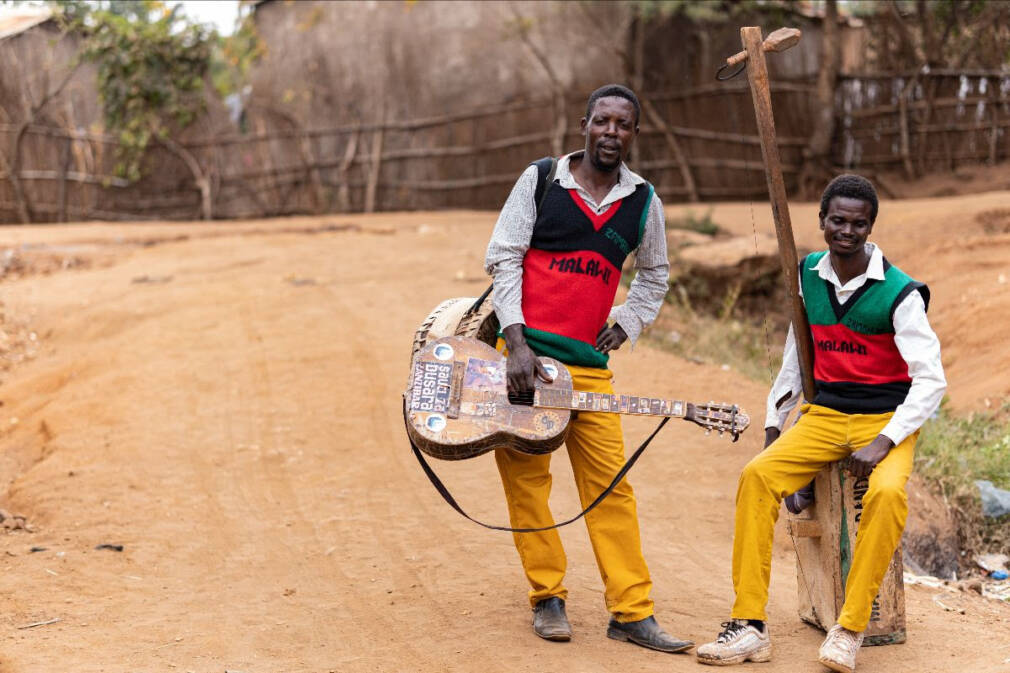 Having met twenty years ago in Lilongwe, Malawi, the duo formed by musicians Yobu Maligwa and Yosefe Kalekeni is not like any other band. Their main peculiarity resides in their one-of-a-kind instruments. Driven by a need to recreate the sounds heard on the radio throughout their childhood, they set about to make their own instruments. Together, they devised a four string guitar, a cowskin foot drum (that is thumped with the heel) and a humongous rectangular homemade one-string slide bass called a Babatone (which doubles as a chair as shown in the album cover). “That’s how we get the sound we want”, the duo answers when asked about the instruments.

They were discovered in 2009 while busking outside a shopping centre in Lilongwe. They went on to perform at the Sauti Za Busara festival in Zanzibar in 2017 before flying off to Europe for a two-week tour where they stopped at the Roskilde Festival in Denmark. They have since made three other trips to Europe and are planning to make their fifth journey this summer, in addition with a US tour planned later this year, to promote their latest album.

The brand new album Musakayike was recorded in Malawi last November. The goal was to capture Madalitso band’s groove and infectious energy on stage. Not an easy task as their songs usually lasts well over ten minutes, which they managed to fine tune and trim back for the purpose of this album. Musakayike opens with “Ali Ndi Vuto” about people finding fault within poor and rich alike. The title-song encapsulates the band’s good vibes with a playful groove and the pair’s harmonising vocals, creating a sound that defies their stripped back set up. Musakayike should not leave you idle.

Listen to “Ali Ndi Vuto” in our Songs of the Week playlist.