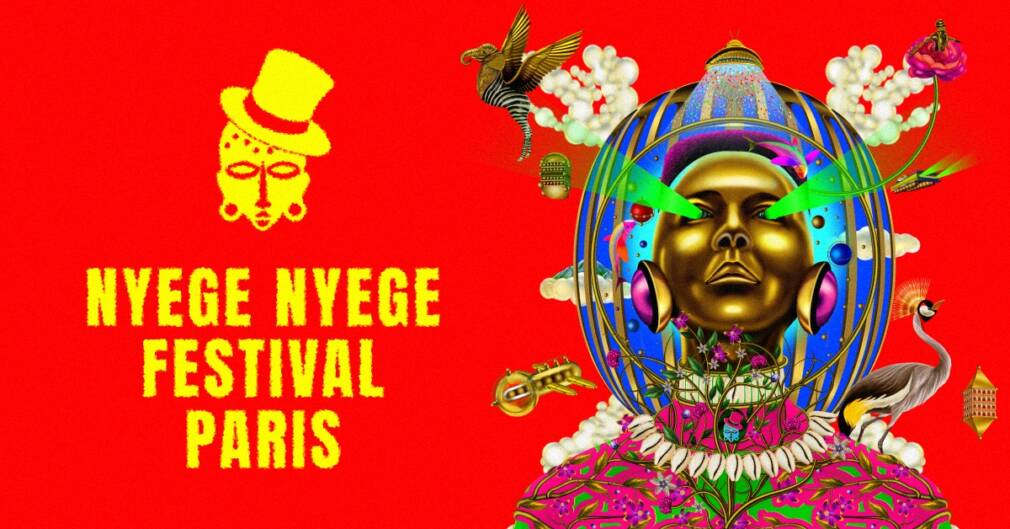 After a two-years break, the Nyege Nyege Festival is back in Uganda. But while we wait, the collective is stopping by the Point Fort d’Aubervilliers, near Paris, for a rendezvous with the most electrifying crew of East Africa on July 16th.

Nyege Nyege and Pan African Music are proud to present the pre-Festival roundup at Le Point Fort d’Aubervilliers as an appetiser to this year’s festivities in Uganda and a window into the full spectrum of the Nyege universe. The setting couldn’t be better. The newly inaugurated Point Fort d’Aubervilliers is a massive open-air space surrounded by the abandoned industrial outskirts of the city with plenty of space to lose control. An official partner of Villes des Musiques du Monde, Le Point Fort has already hosted some groundbreaking events like the Pierre Kwenders’ Moonshine Collective or the upcoming Pelele event with Lojay and Uncle Waffles.

Nyege Nyege has been giving audiences the “uncontrollable urge to dance” since its founding in 2013 when Derek Debru, a Belgian born in Burundi and relocated to Uganda, and Arlen Dilsizian a Greco-Armenian ethnomusicologist based in Kampala, decided to throw Boutiq Electronique parties at the late-night Tilapia club. Since the inception, there has been a focus on reintroducing African genres locally with an electronic twist. Instead of diaspora music, Nyege Nyege has instilled a sense of African sounds, preferring coupé-decalé and kuduro to the American hip-hop or Jamaican dancehall that often filled public spaces.

In 2015, these parties transformed into a full-blown music festival, hosted at an abandoned resort at source of the Nile in Jinja, Uganda. An open-air space that brought together African creatives that was uncompromising and future-facing, defining a trend that would carry the collective to this day. At 9,000 attendees, it is the biggest electronic music festival in East Africa, and has been named the world’s best electronic music festival by the likes of Resident Advisor and FACT Magazine.

PAM was present at the 2019 festival edition that was perhaps the best yet despite backlash from the surrounding community for the collective’s unabashed support of the LGBTQ community. Afrojack, Fulu Miziki, DJ Marcelle, Don Zilla, Kampire, Catu Diosis, Hibotep… The line-up was jam-packed and the reviews were outrageous. Nicolas “Covalesky” Richard summed up the event in images. Since, COVID 19 has prevented the collective from their annual flow. Nyege Nyege 2020 was cancelled. In 2021, the collective launched a hybrid format, combining digital spaces with live performances which was shocking and beautiful in its own right. However the magic of Jinja and the full force of the experience has been put on hold. Until now…

While we wait to unveil the full lineup and official details, you can already project yourself into the open-air dancefloor, the thumping sound of East Africa’s most exciting underground music, hideaway spaces like the old school marquee and much more. Come and experience a true cultural movement, an inclusive space for exclusive sounds and Paris’ must-attend party of the summer.

Are you ready for Nyege Nyege Festival Paris? Tickets are on sale now and Facebook event is here.