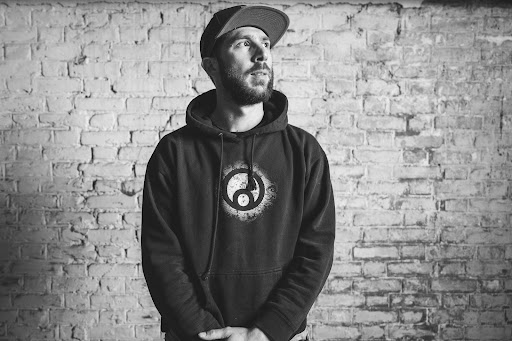 As a global bass French ambassador and member of the Parisian collective Croustibass, Niz is sending us on a journey all over the word with his PAM Club. The only goal in his mind: giving us a good workout.

Born in Reims, the city where French kings used to be crowned, Niz now rules the night scene where he has become a real all-rounder. Sometimes Quartier Libre’s resident DJ (in Reims), at others a concert producer and general director, this insatiable enthusiast doesn’t spare any efforts nor does he miss good opportunities when it is about celebrating cross-cultural sounds. When he was in his twenties, he started experimenting on the turntables, drawing on Jamaican and British soundsystem culture. Since then, he has been the mind behind several major events for world Music enthusiasts from his native town. Get Tropical is one of them. From his curiosity and astute expertise on bass music in all its shapes, Niz has already had the chance to share a stage with some big names such as King Doudou, the Maraboutage collective, Amor Satyr, Max le Daron, not forgetting local hero Vanyfox to only name a few. And because sharing means a lot to him and could be considered his defining trait, Niz has chosen to go back on his journey as a DJ to tell us more about the inspirations behind the invigorating set below:

Can you tell us about your journey as a DJ ?

Niz : If I have decided to start mixing, it is because I have always been drawn to parties in general. I listened to a lot of music and I went out a lot before I started mixing. I had many different inspirations whether it be dance music as a child or French and American rap from the big era, which accompanied me through most of my teenage years before I became interested in other styles, like electronic music, closer to reggae and soundsystem cultures, especially the British culture. All these musical influences are often performed on stage by DJs. There are live performances as well but mostly DJs. It’s what I like about parties. It is what made me want to go into it. I did not play any instrument as a child but I was raised in a music-friendly environment ever since I was little. I hung out in the international folklore festival in Reims where I met musicians and dancers from all over the world. I think it has had a big influence on me throughout my life. It gave me the tools so that, at one point, I was able to say to myself: “let’s get into it, it’s my turn”.

How did the Croustibass collective, you belong to, come together? What’s its message?

It’s been years now since I first joined the Croustibass collective. It’s a collective that came together in the years 2000, almost 15 years ago. It is really part of the English bass music culture, whether it be jungle music, drum & bass, or the more garage British bass. It is at the very base of the collective. We really drew from the Parisian scene’s influences quite early on. We had residencies, at the time, at the Batofar, performed a few times at Java and other well-known stages like these. At some point, the collective also drew from dancehall influences that were already present in jungle music. We also had Brazilian influences. There has been some partnership with the Patamix collective, which was led by Trimpas and DK, for a time being. And that’s how the Get Tropical nights (Afro tropical nights at Reims, ndlr) came to be in 2009 approximately. We joined forces but kept the name Croustibass, because the collective had a more solid reputation in Paris as, historically, it came first. Now, we are about fifteen DJs, all with their specific styles. Some very retro-tropical, some clearly more into jungle/drum & bass, and others into reggaeton/dancehall. We all write together and try to put together parties with a quite diverse electronic world music program.

What do you bring to the table in the collective?

N: I bring a very sweaty kind of dancehall touch, part of the dub culture which has given me a lot. Especially when it comes to the effects, the sirens, the ragga horns, the dub horns which are more or less my thing. To make it simple, Sean Paul with a big ragga horn works every time on me, you see? (laughs)

P: What’s your thoughts on the excitement around the growth of local electronic music scenes internationally, like amapiano, baile funk, reggaeton or to a lesser extent, batida?

I follow it very closely with a lot of personal enjoyment because when I played these sounds a few years ago, I heard people say: “it is niche”. For me, one positive aspect of globalisation, and not everything is, is that there are no such cultural barriers anymore. There are bridges that exist today and didn’t before and it feels good. To me at least. To see reggaeton, hip-hop, electronic music coexist in the same tracks, it really moves me, because I know these cultures, but to be able to reach a wider audience, it is better still. I’m convinced people who listen to music on the radio need diversity.

When I say “wider audience”, it is because I believe the vast majority of the population just takes what it is given, in a passive way. When I go look for certain things in tracks to make a mix, knowing the history behind these influences, I’m glad to see it enjoyed by people who do not put in the work. I think it is a step forward for their open mindness. It’s a synonym for openness and I am all for it (laughs).

Can you talk to us about your PAM Club? What’s the inspiration behind your set?

I took my time working on this mix. It is not completely new, but it doesn’t really matter, it still works well for me. I made a conscious choice to go from a somewhat laid-back rhythm, kind of dembow, which works well as an intro. Then, we move on to faster paced rhythms. I wanted the introduction to speak to me. Dembow is what brought me to global bass music, tropical bass music. It was my gateway to all of this and I wanted to show it here. Later in the set, I chose titles from artists I often come back to, who speak to me and who work well with PAM’s editorial line as well. We have Vanyfox, who is a friend from Reims, Gafacci and artists like the Québecquois Fonté. I stood mostly clear of remixes in this set besides the fact that I usually enjoy them but I just finished a remix of M.I.A, who, is one of the artists that brought me to World music. At some point, M.I.A built bridges between different cultures, with Diplo for instance, and it was at this stage that I discovered this world. The selection is quite a nice introduction to lusophones, afro, with oriental influences at times as well. I tried to cover as much of the world as possible on a 130 BPM rhythm, to make you want to dance. It really is a no-brainer.

Can you tell us a little more about the local afro scene in Reims?

The local afro scene here in Reims… I think I might have been part of the rare ones to represent this electronic music culture for several years. There was, and still is, some rappers with afro influences but it is still somewhat of a niche, to reuse the term. In people’s mind, this type of music is very linked with “world music” – or “sono mondiale” as Radio Nova would say – and it is still not fully accepted by the Reims public. Because the public seems a bit hesitant, it needs to feel confident and supported. I’ll give an example of when I see people, who don’t know what to expect, coming to one of my parties a bit at random. Once they are here, they quite quickly realise how rich all of these influences are. I’m convinced of it. People are easily convinced when their body starts speaking for them (laughs).

I think we are lucky to have such a major producer versed in afro culture, in this case batida with Vanyfox, who has more links with Portugal than with the city of Reims where he is still well established. Something could still emerge in Reims from all of this. It will not come to be from just two people but I realise that collectives who play breaked electronic sounds, still draw from these influences. These collectives come to my parties sometimes out of curiosity and they discover these connections. I can convince them with a baile funk track where they usually are more into techno/house. People’s tastes are ready to evolve!