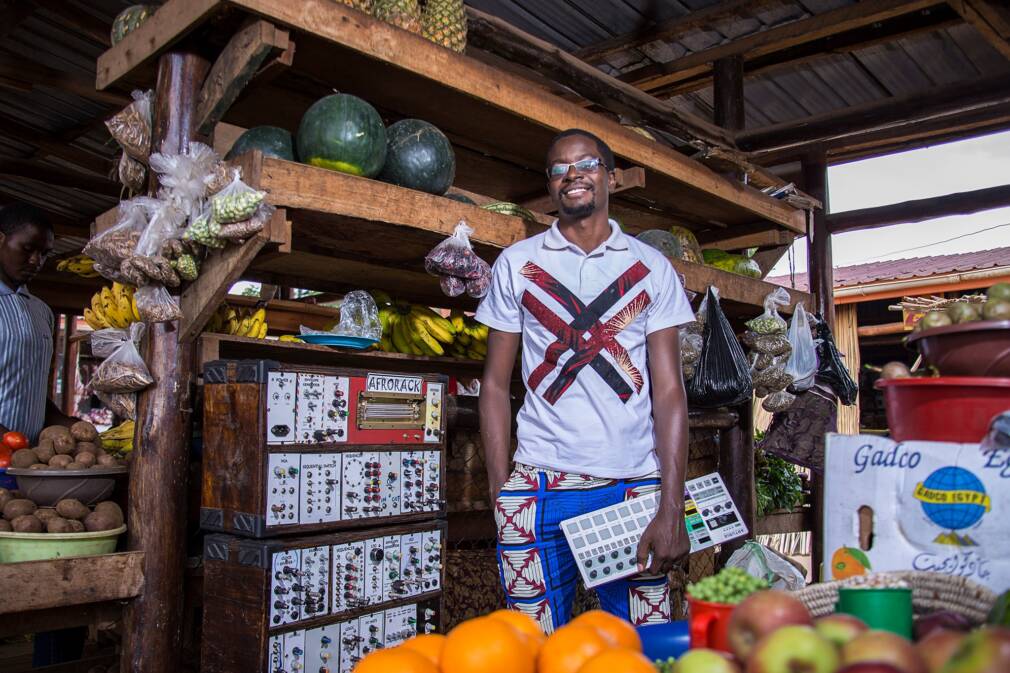 Back in 2019, an article was dedicated to Brian Bamanya’s Afrorack, Africa’s first DIY modular synthesizer. The inventor is now about to release his first album named after his creation via Ugandan label Hakuna Kulala.

Spring 2018. Bryan Bamanya began looking in Kamapala’s repair shops for the pieces that would allow him to build the first African modular synthesizer. To do so, Bamanya relied on tutorials and circuit diagrams found on the Internet. Thanks to his impressive resourcefulness, he managed to beget the Afrorack. His success didn’t stop there, the young inventor went on to perform at the Atlas Electronic Festival in Marrakech, Morocco and at the Nyege Nyege Festival in Jinja, Uganda.

Behind the Afrorack is a desire to break with American and European and to reconnect with his African roots. “Our heritage does not come from Detroit, Chicago or Berlin – but from our own musical traditions. I am convinced that the next electronic music revolution will take place in Africa,” he said with confidence back in 2019. Indeed, the current synthesizers sold on the market are mostly American or German. Besides their exorbitant price and their scarcity in Uganda, Bamyana rejects industrial tools. “The charm of DIY lies in its power of emancipation: you are able to build yourself an instrument so you are able to create music. I find it very anti-consumerist and I like that a lot“.

In his debut album The Afrorack, the name of which is a nod to his invention, Bamanya introduces polyrhythmic structures found in some African musical traditions thanks to his synth sequencer. It is especially noticeable in “African Drum Machine”. Different layers of sounds can be distinguished, between the oscillators and the drums, to give shape to hypnotic new rhythms. It most certainly is the result of Bamanya’s work on algorithmic music and euclidean rhythms he already mentioned back in 2019. In “Osc”, this same frenetic rhythmic intensity typical to East Africa’s sounds can be found.

The Afrorack out on May 27th via Hakuna Kulala.

Listen to “Osc” in our afro + club playlist on Spotify and Deezer.