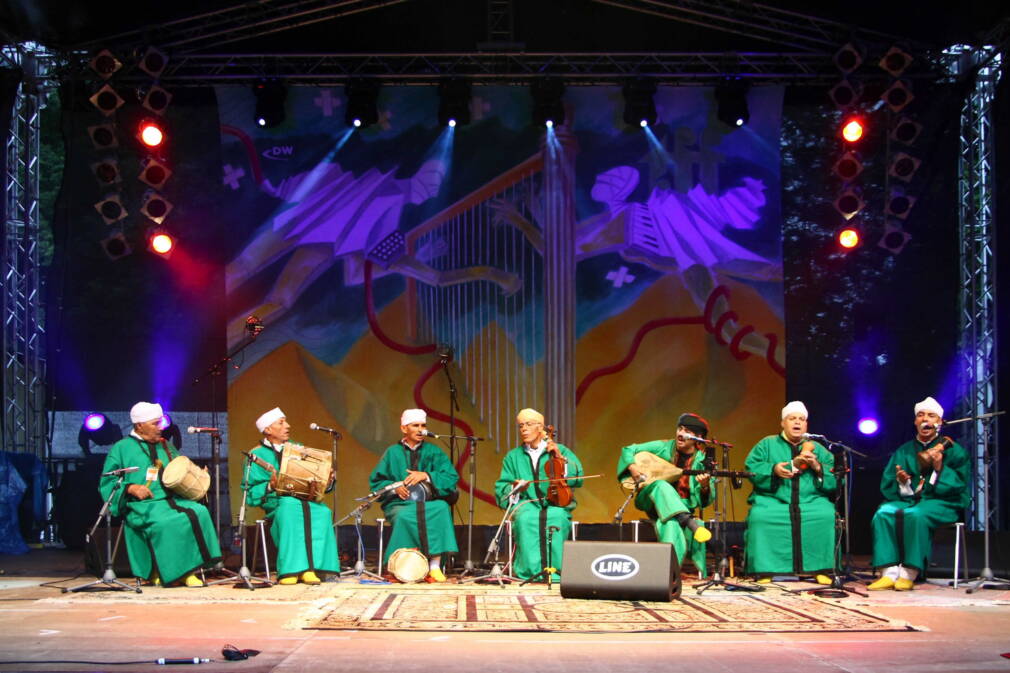 Centuries‑old Sufi musical tradition revisited with Dancing Under the Moon

The Master Musicians of Jajouka led by Bachir Attar are set to release their latest album entitled Dancing Under the Moon on Glitterbeat Records.

In the Jebala foothills of Northern Morocco, a village named Jajouka can be found. There, the Master Musicians of Jajouka find their roots within the Ahl Serif tribe. The collective consists of about fifty Jbala Sufi trance makers who have made their mission to spread Jajouka’s musical tradition, the origins of which dates back one thousand years.

The band has sparked the interest of many people throughout the years, writers such as the postmodern author William Burroughs, who emphatically called it “the four thousand year-old rock and roll band”, and other artists like Rolling-Stone founder Brian Jones with whom the Sufi musicians made Brian Jones Presents the Pipes of Pan at Joujouka.

Bachir Attar, who has been at the helm of the new collective ever since, decided to put together comprehensive recordings of the complete Jajouka music catalogue to spread his music, born of a thousand-year-old tradition, beyond its borders. In 2020, he notably collaborated with Maceo Parker and Lee Ranaldo, or Talvin Singh.

In 2019, the band recorded in the Rif mountains the 110-minute LP which included nine tracks, all but one exceeding 10-minutes in length. They managed to capture Jajouka’s varied styles (anthems, flutes, violins, singing) in their tin-roofed madrassa, using the latest sound gear. The result of which is a deeply hypnotic and intense album entitled Dancing Under the Moon, the band’s latest testament to the mystic enchantment and spiritual worth of Jajouka.

Dancing Under the Moon is out May 13th via Glitterbeat Records.