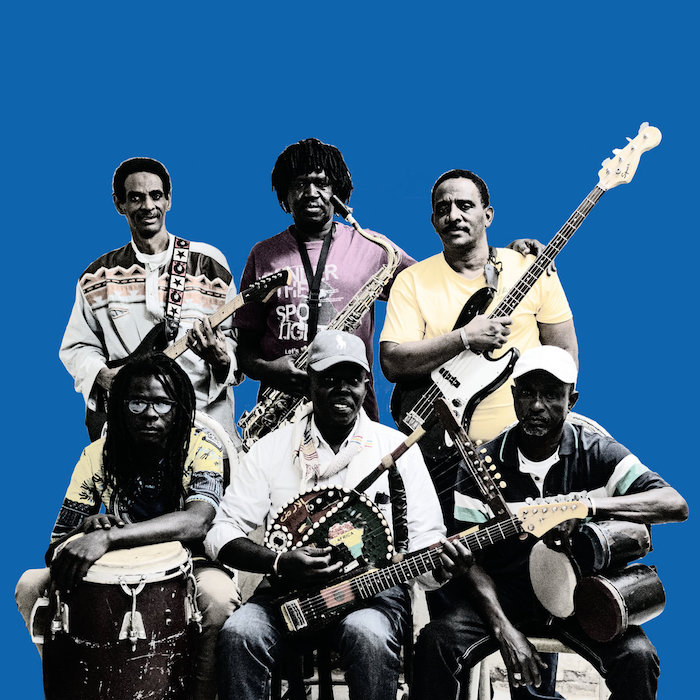 Beja Power! ‑ a battle cry to rally the Beja people of Sudan

Composed as the soundtrack to Sudan’s revolution, Noori and his Dorpa band, scouted by Ostinato Records, unveil Beja Power!, a defiant act of resistance and cultural pride.

Noori lives in Port Sudan, a city on the coast of the Red Sea and the country’s biggest port. As a young musician in the early 1990s, he forged an original instrument by combining the neck of a guitar – quite uncommon in these parts – with a vintage kissar from the ‘70s, a traditional four-string instrument strummed across the region, that his father, a renowned instrumentalist, gifted him. From then on, he became the sole player of this one-of-a-kind electrified tambo-guitar.

In late 2021, shortly after the November military coup which set off country-wide protests, Noori and his Dorpa band, formed in 2006, managed to catch the interest of Ostinato Records via TikTok. The label was drawn to their hypnotic Sudanese grooves and Naji’s impeccable, airy tenor sax. Above all else, they discovered the Beja culture to which Noori belongs.

Largely unknown, Beja (pronounced Bee-Jah) culture has been completely marginalized under the harsh rule of Sudan’s former strongman, Omar al-Bashir, who managed to stay in power in Sudan for over thirty years. Before his fall in 2019, a campaign was waged to erase Beja language, music and deny the right to a dignified livelihood. There are economic reasons behind this effort to erase their identity. The Beja people are both blessed and cursed with vast deposits of gold that have been sold off to foreign companies.

While their conditions have changed little since Bashir’s ousting in 2019, the Beja community has been on the forefront of political change in Sudan for decades. The rebellious closure of Sudan’s biggest port is a regular demonstration of civil disobedience by Beja activists in their quest for equity and justice. Not unlike Enas, the young percussionist who was the focus of the short film Gidam, Noori has decided to put his music in the service of his people. He believes the unleashing of Beja music would form the most potent act of resistance. His album Beja Power!, like its name suggests, is his contribution to the cause.

Beja Power! will be out on June 24th via Ostinato Records