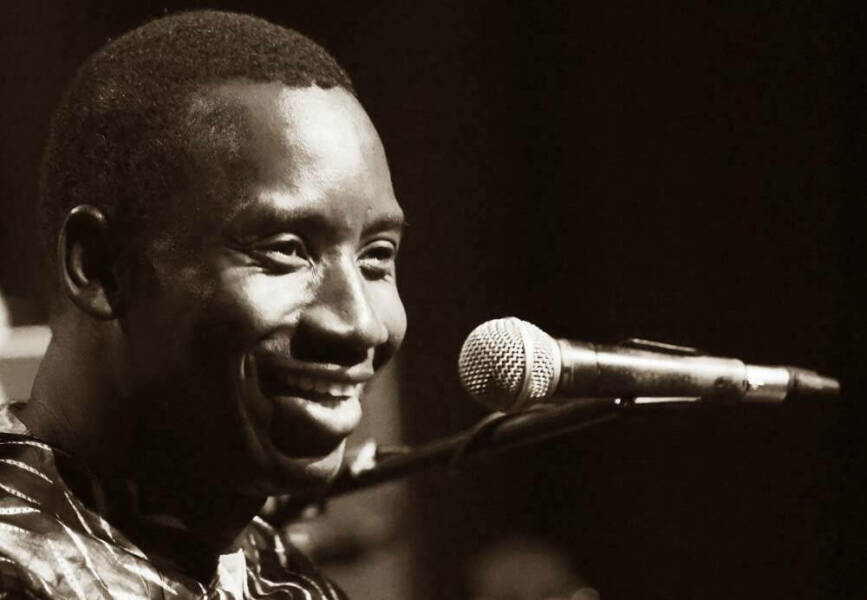 John Johanna and Sefo Kanuteh seek the Divine on Ahimsa

Both artists had already worked together for Sefo Kanuteh’s debut album Afou which was produced by John Johanna and released a year ago. Their musical friendship started in 2018 when Kanuteh’s manager heard one of Johanna’s songs on the radio and put the two men in touch. Their music has been described as a mix between Kanuteh’s Gambian Jaliya and Johanna’s electronic spiritual music. Since they have decided to produce a new three-track EP entitled Ahimsa which will be released by Capitol K’s Faith & Industry.

Ahimsa, which takes its name from the Sanskrit word for non-violence, combines Johana’s electronic music with the powerful lyrics of Kanuteh, sung both in English and in Mandinka, which reflects their guiding philosophy. In it, they aim to allay the anxieties and encourage the hopes of a world in turmoil.

“God is the one with real power and wealth. Don’t be afraid…” sings Kanuteh in Mandinka

The title track of the same name is a reflection on the artists’s faith (Kanuteh is a Muslim and Johanna an Eastern Orthodox Christian). According to them, answers are to be found in the realm of spirituality and the Divine. This will one day lead us to emancipation, not only from political and economic oppression, but also from the problems we carry within and between us.

In the same way, “Nyomuta” continues with themes of human solidarity over and against the machinations of power, as well as the responsibilities of care and attention that we owe one another.

The last track “Mercante” explores, through the story of medieval Italian merchant Messer Francesco Datini, how long-distance merchants paved the way for colonialism. It offers a reflection on wealth, power and global monopolism. The track features, at the end, Betamax, the drummer from the British band The Comet is Coming and a solo from Austrian saxophonist Guido Spannocchi.

Ahmisa out May 27th via Capitol K

Listen to “Ahmisa” in our Songs of the Week playlist on Spotify and Deezer.