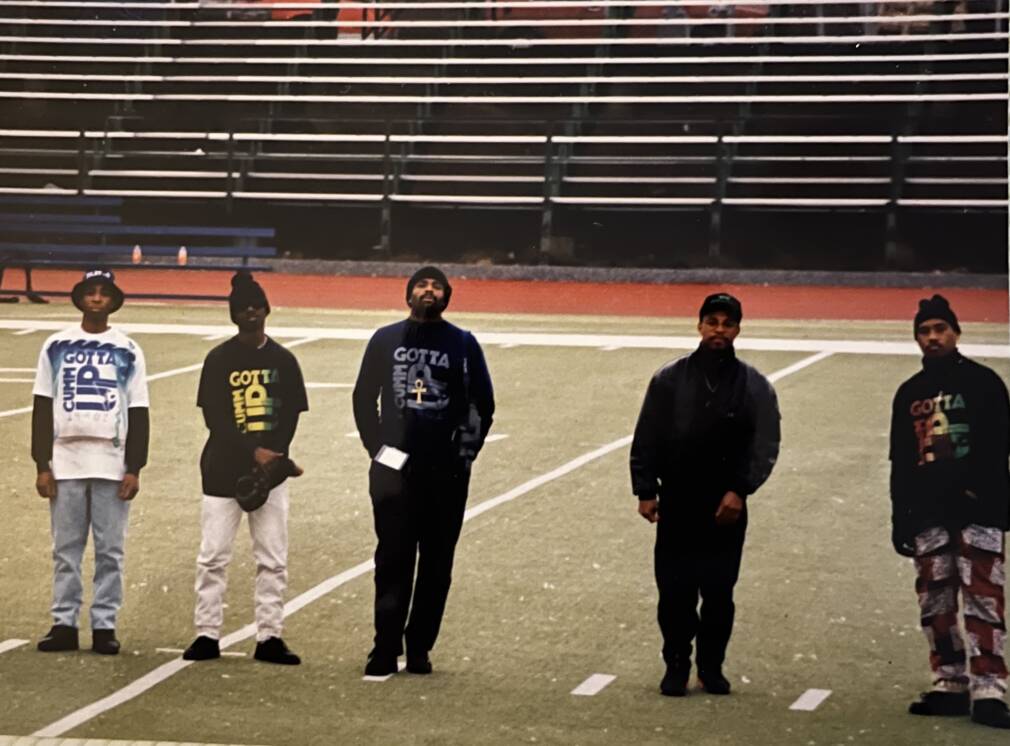 Nyege Nyege unearths unreleased tracks from the 90s by the underrated LA hip-hop crew Chillin Villain Empire, aka C.V.E., collected in a compilation including music from the crew’s own Afterlife Recordz label.

Despite having been an influential crew on the West Coast during the 90’s, producing a retrospective collection of Chillin Villain Empire’s sounds never managed to get off the ground until today. Ugandan label Nyege Nyege is seeking to remedy that with We represent billions  – perhaps upon Riddlore’s influence; the former C.V.E. producer and MC, who became a Nyege Nyege resident in 2014.

Centered around the core trio which includes Riddlore, NgaFsh and Tray-loc, the crew was called Chillin Villain Posse before becoming Chillin Villain Empire in the late 1980s. The name was chosen to highlight how they felt perceived as “villains” by white America (cf. “N****, we’re villains’” in the track “No Feelins”).

In their golden era, between 1993 and 2003, C.V.E. was a hydra-like collective of rappers, producers, designers and engineers, as the track “All Over Da Globe” (“Villains, we represent millions”) and the name chosen for this new compilation suggest.

Ahead of their time, C.V.E. pioneered stream of consciousness lyrics and self-produced music without samples. They are credited with some groundbreaking performances at Good Life Cafe, a health food market and cafe in Los Angeles which held open mic nights. It later evolved to become Project Blowed hosting the likes of Lenny Kravitz, Snoop Dogg, and Ice Cube.

This compilation highlights the group’s innovative talent and lyrical genius. It contains previously unreleased tracks and music from the handful of records the crew released on their own Afterlife Recordz label: a snapshot of the C.V.E. sound from their most prolific era.

Listen to “Thugs and Clips” in our Pan African Rap playlist on Spotify and Deezer.