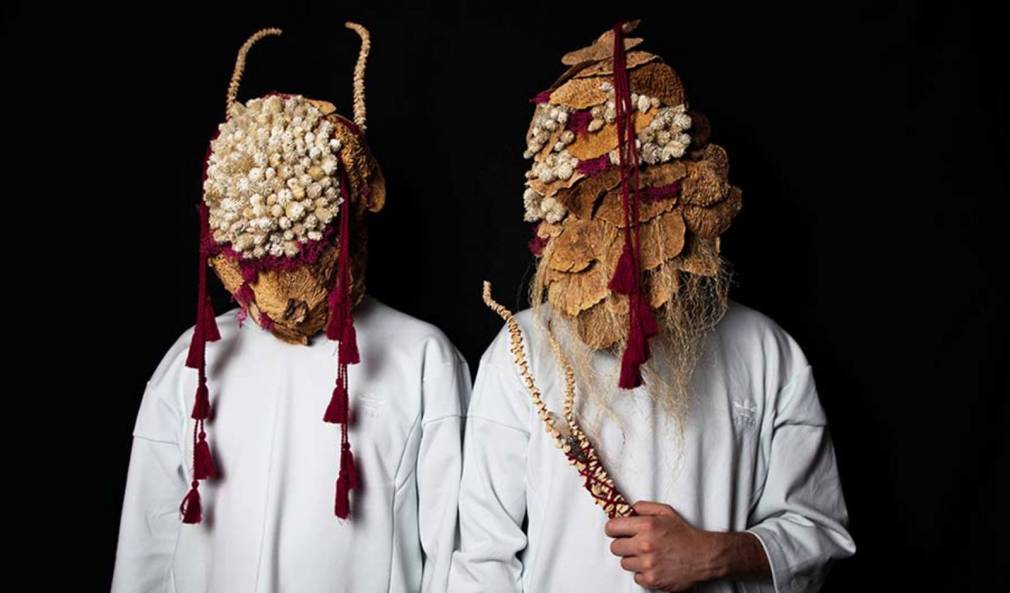 The Quarantine was a source of inspiration for many artists who took this time of compulsory introspection to create. It was the case for Dengue Dengue Dengue and Prisma who produced a slate of new sounds, now compiled into a collaborative EP entitled Pliegues. Not a moment too soon for Prisma: “Finally some of the music with Dengue Dengue Dengue will be out”, he wrote on social media. However, their collaboration is nothing new as Prisma was already featured on “Decajón” from Dengue Dengue Dengue’s last album Zenit & Nadir.

At first glance, it seems to be a match made in heaven as the trio shares Prisma’s original aesthetic and taste for experimental rhythms. Prisma has described his work as such: “Organic, crackling textures that shift between tranquility and turbulence. Complex rhythms, otherworldly atmospheres, warm sequences, Influences from inner and outer space explorations…”. Perfectly in tune with the electro-organic sound of producers, DJs and graphic designers Rafael Pereira and Felipe Salmón, whose experimental rythmes are inspired by Afro-Peruvian music, as mentioned in an interview they gave to PAM back in September 2020.

The eponymous track takes us on a hypnotic journey through the sound of colliding polyrhythms and powerful FM synth lines. This five-track album also includes remixes of “Pliegues” and “Brechas”, by Verraco and DJ Python (who, along with Dengue Dengue Dengue, appeared on the Discos en 3/Cuartos compilation released in 2020 via the duo’s label Kebrada). The main track is thus reworked as  “a bombastic, deconstructed, bipolar ‘summer’ banger full of edgy sound design” by Veracco while “Brechas” sees DJ Python “unleash his sincere trademark of atmospheric and sentimental dembow.”