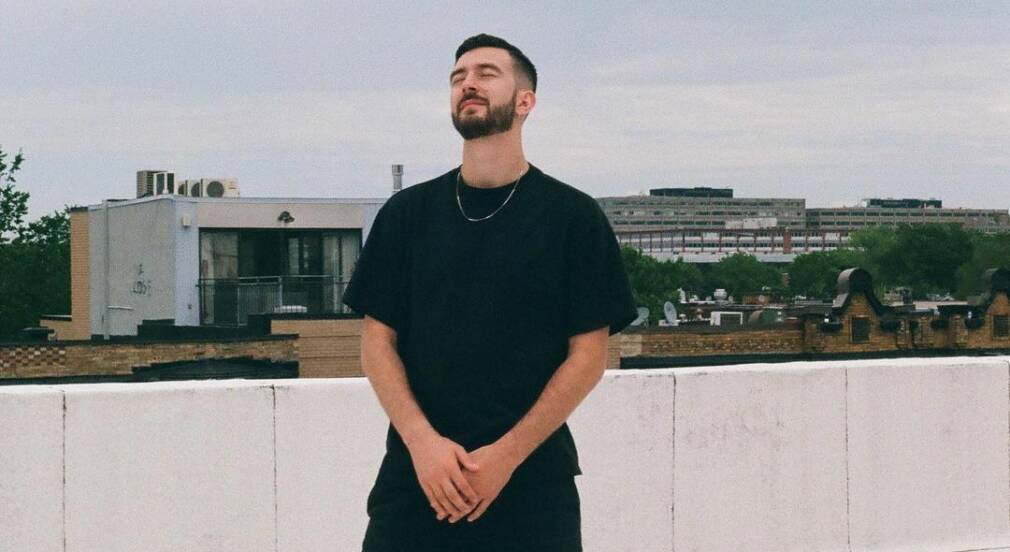 Lorkestra invites us in his virtuous circle

French producer is about to launch Virtuous Circle, an afro-electronic mixtape full of good vibrations expected to be released next month. He met with PAM to talk about the release of his eponymous single.

If he comes from the world of hip-hop, first through dance and then through beatmaking and djing, Lorkestra is experimenting with an eclectic style focused on afro sounds. The co-founder of the 99Ginger collective and travelling companion of French rapper Gracy Hopkins now continues his solo journey. After two EPs, Daily Stories and Dopamine, published respectively in 2017 and 2020, it is with Virtuous Circle, a short mixtape not devoid of energy, that he returns to showcasehis renewed sound. “Travelling, going to Portugal, going to Amsterdam, seeing all the different diasporas: Jamaican, Angolan, Nigerian, etc. I think that it’s all of this melting pot that brought me where I am today musically.” he explains.

Lorkestra is influenced by his travels and his music is largely influenced by the rhythms imbued by his discoveries and research. Virtuous Circle’s birth coincides with a new start for the Parisian-born producer. Having left behind the never-ending asphalt of the capital, he opted for a much more solar and inspiring horizon by moving to Marseille a few months ago: “I had a breakthrough when I escaped for a week in the southwest of France during the lockdown,”he says.“It was always sunny and it was very relaxing. I realized that I was much more productive outside of Paris so I decided to move to Marseille. Since then, my productions have taken on a whole new dimension.”His inspiration soared and his mixtape began to take shape. Now feeling liberated, he carries his interest for the incandescent groove of Lisbon’s batida, for the amapiano phenomenon that is constantly exporting abroad and for the plethora of other diasporic percussions intended to make you move. “I think it’s really important today to understand the basics before you want to develop a style, especially when it’s African.” he recognises. Moreover, Lorkestra’s approach remains lucid and concerned about this: “I am not African so I have to do this research work, to understand the history of such genres , and not to fall stupidly into appropriation. It’s not necessarily my culture but I pick up on these codes back with my influences. To pay tribute while bringing my vision.”

You only have to listen to the stunning “Rawddim”, a first glimpse of the mixtape, to understand that surfing on and overtaking a trend from the African continent as is own is not his goal. The reference to gqom’s vocals cleverly blendedinto this rhythmic and melodic banger, makes it a perfect piece “to swing at 2h-3h in peak time of a set”, admits Lorkestra. On the eponymous “Virtuous Circle”, a new foretaste of the project to be discovered below, his curiosity was sparked by Portugese sounds: ‘Pedro puts a lot of flutes in his productions, for example,’ he recalls, evoking a set played in Porto. “And I asked myself if this  sound unique to Portugal and if it stems from Lisbon or Porto. As I did not know,  I did my research and I found it’s really a Portuguese ghetto sound. It immediately makes your productions more banger-like. I can’t deny the fact that it influenced me on the new single “Virtuous Circle”. The flute is the predominant element.” As you can see, Lorkestra takes his place by studying the Afro-club scene, both meticulously and precisely, to deliver the best of what his productions have to offer,while adding his own signature.This probably stems from his past as a breakdancer: “When I was dancing and there was a “cypher”, I noticed that the dancers gave it their all, more so than without it.Everyone looks at you, everyone gives you energy, it’s contained and that’s what makes you push yourself further.” He continues: “In some African tribes’rituals, we sometimes find this concept of energy that is retained in a geometric form like a circle. In dance, it’s the same thing.” Lorkestra now traces his circle with the same virtuosity as a DJ and producer.

Virtuous Circle by Lorkestra, out on June 23th.

Listen to “Virtuous Circle” in our Songs of the Week playlist.