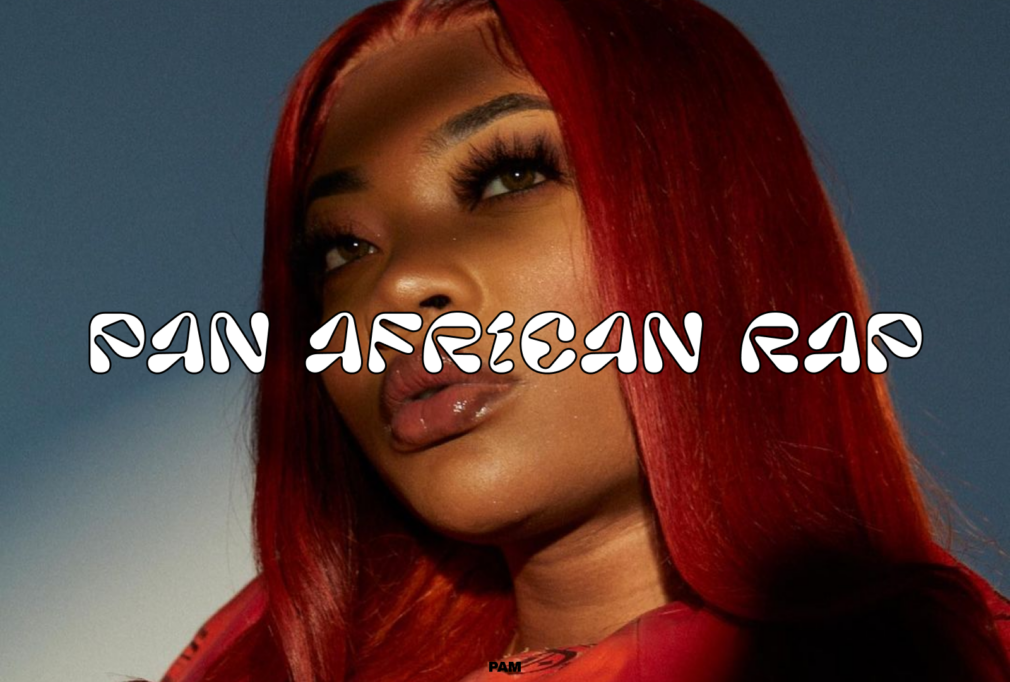 This week’s Pan African Rap roundup features fashion advices by both Shaybo and Govana who wish we would adopt a more comfortable practical style, an introduction to Eesah Yasuke’s myth, Kwaku DMC’s cheerful vibes and an unsual auction sales with the Mbuzi Gang.

Crocs are the new Louboutins, or at least the pink, diamond encrusted ones Shaybo wears. In the clip, the fierce British rapper showcases her luxurious lifestyle using banknotes as hair rollers, driving expensive cars and dancing on a sea of money (but after all, she’s “got way more money” than we got).

Kwaku DMC returns in this week’s Pan African Rap with a new clip entitled “Akatafo Party” featuring UK-based rapper Suspect OTB. Ever so smiling while strolling in a car with his British counterpart, the Ghanean rapper’s confident flow is highlighted in this uncluttered sounding track.

In this newly released banger, Jamaican artist Govana provides the perfect tune to get you moving and dancing. In sensual settings, the dancehall master shows once again his ability to create catchy hooks.

Eesah Yasuke unveils the first track of her Triptik, her second EP which follows Cadavre Exquis. “Mythologie” is the first installment of a three-part story or a “long saga to introduce with harmony and softness, the quest for a more peaceful and better tomorrow.” In keeping with the theme, she raps about the hardships along the way: “J’en ai bavé tous les jours” (“I’ve struggled every day”), she sings in the chorus.

Never before has an auction sale seemed so fun as in “Soko” by Kenyan band Mbuzi Gang featuring Harry Craz, Unspoken Salaton and Vic West. Constructed as a relay race between each rapper, the sustained pace of the track does not falter and it’s easy to get on board with the cheerful gang.