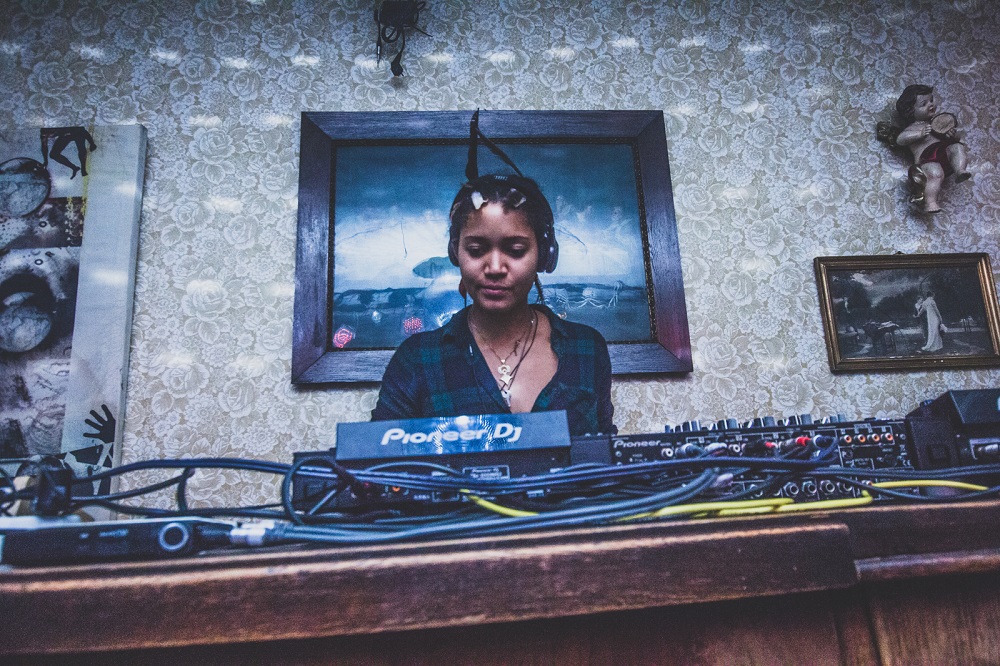 Closely linked to the Nyege Nyege crew, the French-Ghanean producer Pö joins the ranks of the PAM Club series by going deep underground to deliver an electronic unhinged DJ set.

Producer, actress, singer, DJ and farmer (!), the young DJ Pö travels between the stages of Africa and Europe to share her vibrant sets. She has already ignited the crowds of the Nyege Nyege Festival, We Love Green and Africolor, amongst others. When she is not busy tending to her vegetables in the garden located in a forest near Paris, Pö absorbs the energy emanating from the new music coming out of the African continent and reaches out to Latin America and the Caribbean to forge an explosive musical personality. Naturally inspired by the eclecticism of the unpredictable DJ Marcelle, the mad balani of DJ Diaki and the frenzy of the Tanzanian singeli, she revisits underground culture through her rough mixes which leave no clue as to what awaits us at the next turn.

” Keep your ears tuned for this journey that jumps from country to country, from continent to continent! We start in the club, with electronic music and hardl kicks to get us straight into the mood, and then we unleash ourselves on Adrix’s alien sounds which project us into the beats towards South America! Back to Africa with a showcase of Nyege Nyege artists such as Tony Gallardo and Slikback, then on to Tanzania for a little electrical shock to the jerky rhythms of Singeli. And to finish off gently but with the same energy, a bit of gqom from South Africa, then kuduro to shake our booty!”

As a reminder, the Nyege Nyege Festival is stopping by Paris for the first time this July at the Point Fort d’Aubervilliers. Tickets are on sale now.