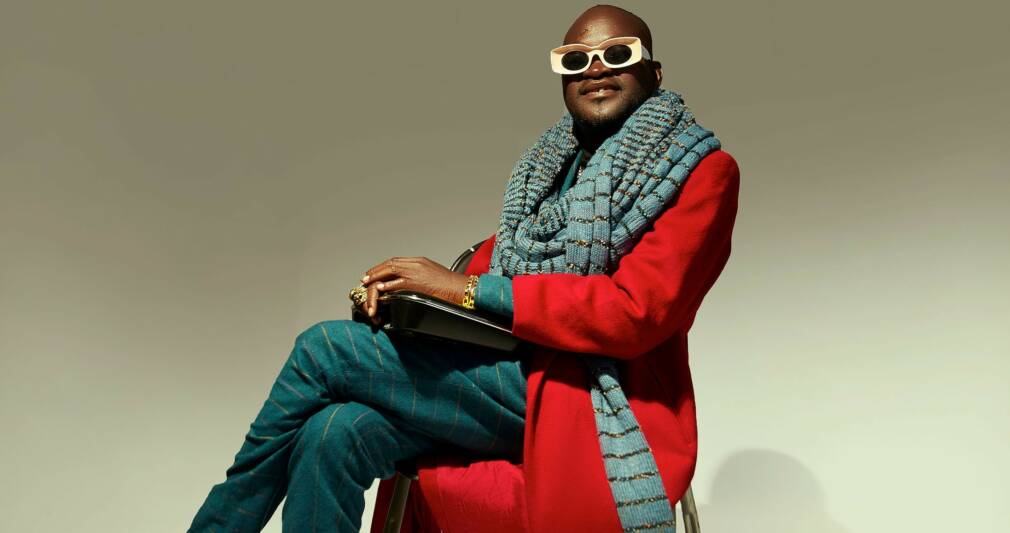 “Katapila is one of the artists we have been wanting to work with for the longest time”, Tash LC said. She’s the owner of Club Yeke, a boisterous English record label founded in 2019. It manages the likes of Jumping Back Slash, Kouslin and Kush Arora. “The quality of his instrumentations, vocal parts and its incredible kicks allow him to produce an incredible sound, somewhere between the European techno scene and the core essence of Ghanain music”.

True godfather of the Accra scene for over a quarter of a century, Ishmael ‘DJ Katapila’ Abbey unabashedly performs on local dancefloors, funeral or at weddings: “they call me Katapila (Editor’s Note: a reference to chain track also called caterpillar tread) because I’m like a machine. I clear out passageways to lay down roads”, Ishmael said. The producer is a pioneer on a mission: “to educate, you have to entertain. Here in Accra, my music makes people enjoy themselves and dance but it also lifts them up. That is the reason why a massive amount of young people here follow my work closely”. An audience that has now extended to Europe: “in Ghana, people don’t go to clubs like in Europe. In England, people dance in closed spaces. Even big events, like festivals, are somehow contained and closed off. Here in Accra, there is music in the streets, in the open air, at parties or in large informal gatherings.”

Although it has been refined and structured over the course of his trips to Europe, Katapila’s sound material remains uncontainable and impulse-driven: “In Ghana, people want hot songs”, the producer said. “The idea is to increase the speed so we mess with the pitch. That’s how we see techno, and more precisely African techno, hence the title of this new project.”