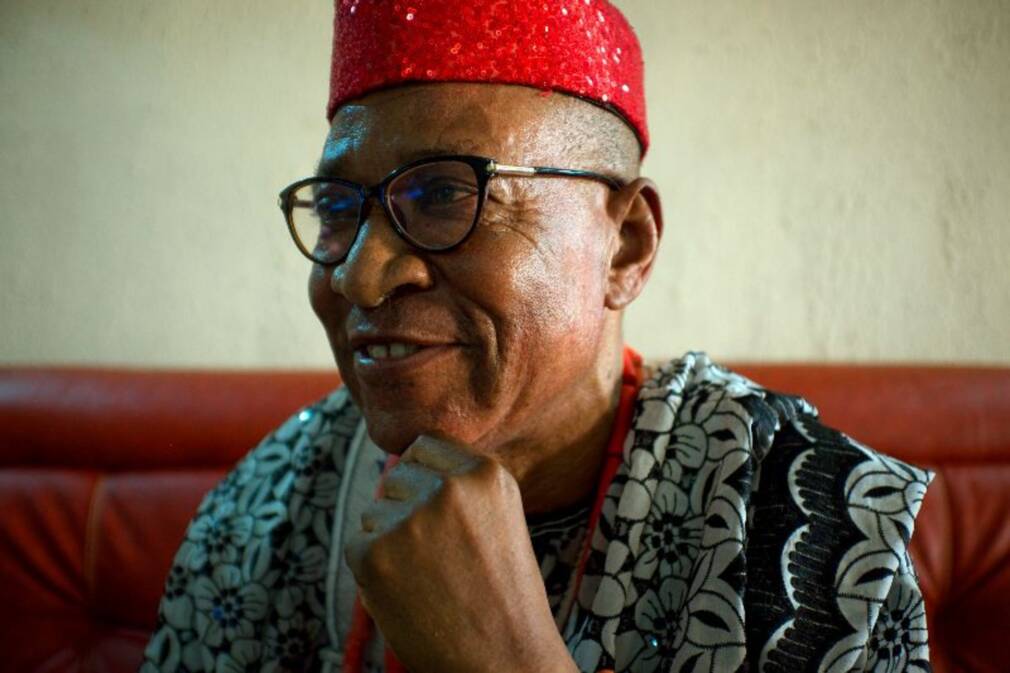 Luaka Bop honours Nigerian musician Alhaji Waziri Oshomah with a compilation of his songs recorded between the 1970s and 1980s, an introduction to his spiritual dance music inspired by Ghanaian highlife.

Originally from Afenmailand, in Edo State, southern Nigeria, Alhaji Waziri Oshomah is a man of faith and a pillar of the Auchi community where he lives. The message he carries, the values of Islam that he summons are received by his audience, but the faithful have come to dance. Like Whoopi Goldberg in Sister Act, he has discovered the value of music in conveying the religious precepts that animate him, evident in World Spirituality Classics 3: The Muslim Highlife of Alhaji Waziri Oshomah.

This album, the third volume in Luaka Bop’s World Spirituality Classics series (after The Ecstatic Music of Alice Coltrane Turiyasangitananda and the gospel compilation The Time For Peace Is Now), compiles seven tracks fusing prayer with dance, local folk styles, highlife and western pop. Sung in English, Etsako and other local dialects, the tracks were recorded over a ten-year period, starting in the mid-1970s just after Waziri’s Mecca pilgrimage. The voice of his wife and musical collaborator Hassanah can also be heard on the song “My Luck”.

The success, which Alhaji Waziri Oshomah attributes to his wife, is also due to his perseverance. In 1970, in the midst of Nigeria’s civil war, the group made do with what they had. “We used a locally built amp that was powered by ordinary torchlight batteries” says the artist. Moreover, with no other means of transportation, his group would regularly walk miles to gigs with their equipment on their back. Alhaji Waziri Oshomah was (and still is) determined to carry his message and spread the Word about the new musical genre he has created.

Inspired by the highlife emanating from Lagos and the music of local Etsakos groups that entranced him, he draws on western electronic sounds to achieve the creation of his peculiar style. The taste he developed for secular music earned him the disapproval of his religious family, who disinherited him. He then integrated the Muslim doctrine into his lyrics and became “Etsako Super Star”, the nickname given to him by his followers who, no matter their faith, are seduced by the universal scope of his message. “The people of Auchi may worship in different houses, but they all come together on the dance floor“, Uchenna Ikonne writes in the liner notes for the album. “Beyond the churches, beyond the mosques, the dance floor is the holiest place.“

Listen to “Forgive Them Oh God Amin – Amin” in our Songs of the Week playlist.