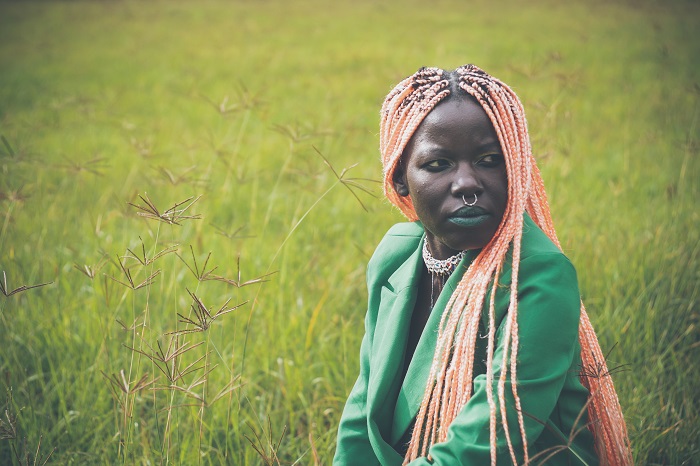 Passionate ambassador of noisy and experimental sounds, the Kenyan Makossiri offers us a dark and abrasive PAM Club that brilliantly reconciles industrial techno and East African rhythms, just like her productions.

At the beginning of 2021, we presented you Makossiri’s first audiovisual project, discovering on this occasion a surprising and promising artist. On the edge of hardcore music, the young Kenyan produces an experimental sound that she calls “Afro-future-tech”, bringing together the energies of punk, hard-techno and traditional African rhythms. She recently released Juicy Juicy, a disturbing and exciting debut EP, released, of course, by Hakuna Kulala. With the Ugandan MC Blaq Bandana and the Egyptian keyboardist Yunis by her side, she used metallic percussions, otherworldly voices and murderous basses on six tracks that suggested an alternative version of clubbing. While waiting for her next EP to be released on her label Ginene Records, Makossiri presents her new video herebelow, and takes us to the deepest part of the underground with a dense and chaotic set from which you won’t come out unscathed!