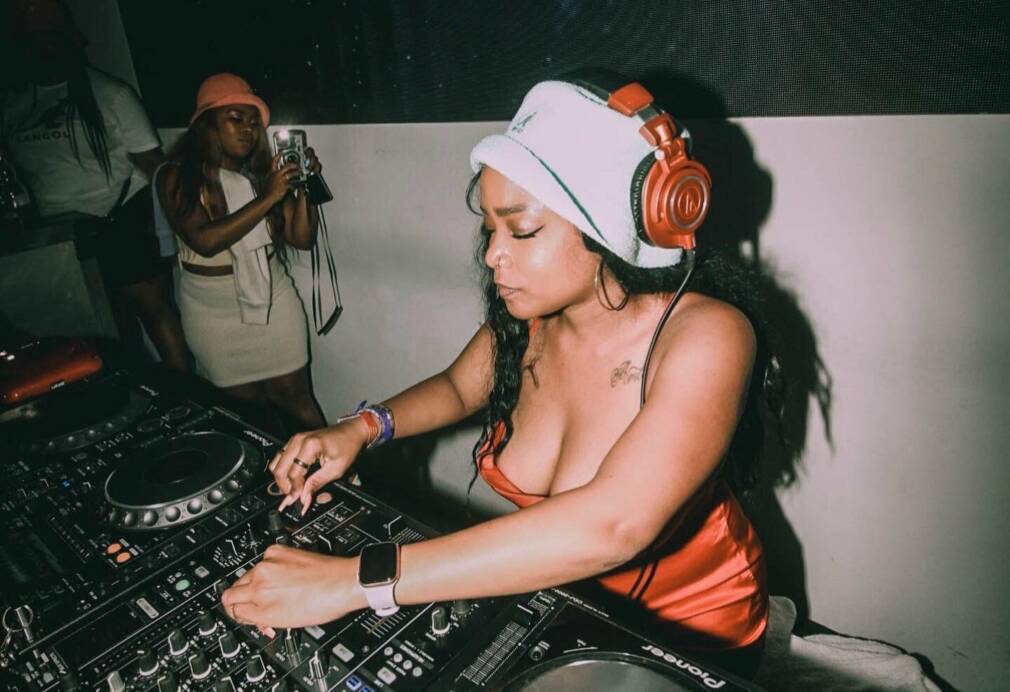 From the small, quiet region of Vaal in South Africa to the cold streets of Manchester, Artist Lebo’s name is beginning to light up the Afro-house and Afro-tech scene like a new ray of sunshine. In an often difficult socio-political environment in her home country, music has always been a way for her to express herself and feel like herself, whether she’s behind a mic or the turntables. Working with some of the most prominent producers on the house scene, the South African remains committed to her roots while capturing the essence of the UK club scene, adding a touch of sensuality, like when she sang on Sowetoboy & Silvva’s single “You & Me” last summer, or on Kwesi Azziiiam’s “Out of My Head. Alongside “Skhathi Sam’ (My Time)”, a new track with amapiano influences that she has just unveiled, Artist Lebo shares her afro-house favorites of the moment for PAM in a set as danceable as it is dreamy.

“Let me take you on a roller coaster journey that calms and eases the mind then invigorates the body and soul with psychedelic, sweet and heavy sonics from the melodic chords to the heavy drums of Afro House.“