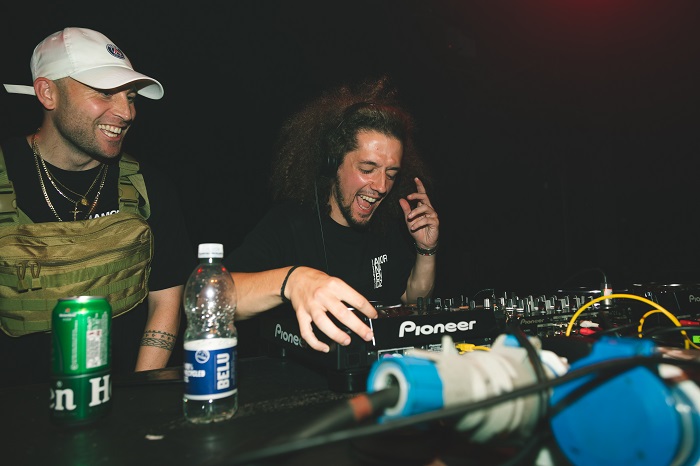 PAM Club: Love In The Endz, for the love of the neighbourhood

Following the excellent compilation Amor Na Endz vol.2 released last summer, the rising collective Love In The Endz delivers an advanced PAM Club, which acts as a real encyclopedia for the global beat underground sound they have conceived and which they represent today.

Born during the lockdown, the concept Love in the Endz -also called LITE for the initiated- came to be following a show by the Londoner Blue Canariñho broadcasted on Reprezent Radio. This program, fueled by the favelas, or bairros (colloquially called “endz”) spirit, shaped a true musical identity. In the meantime, not far from there, on the same radio broadcast station, the dynamic Daviaa played with baile funk and batida in his signature show Na Tchada. Together, both friends decided to take it further and enlisted future beats specialist .yzeeH in the adventure. A feel good story which they told PAM a day after the release of the second opus of their Amor Na Endz compilation. Rich and engaging, this intercontinental compilation shows once again the best of what the underground afro-club scene has to offer, with the help of 24 artists who contributed in some way to the rise of the crew, and who follow in their steps to connect the communities of the world through art and music. Today, the LITE team is made of seven people, including the recent arrival of the marketing manager Andreia Chanel and the DJs and producers Deejay Veiga, Neeiv and Loelash. It is with the latter that Daviaa, who had already concocted a delicious PAM CLUB, teams up under the  Love In The Endz banner to offer us this new frantic DJ set.

“This selection spans across all the major styles that are embedded in our DNA, therefore expect tracks from Amor Na Endz 2 as well as some exclusives!”