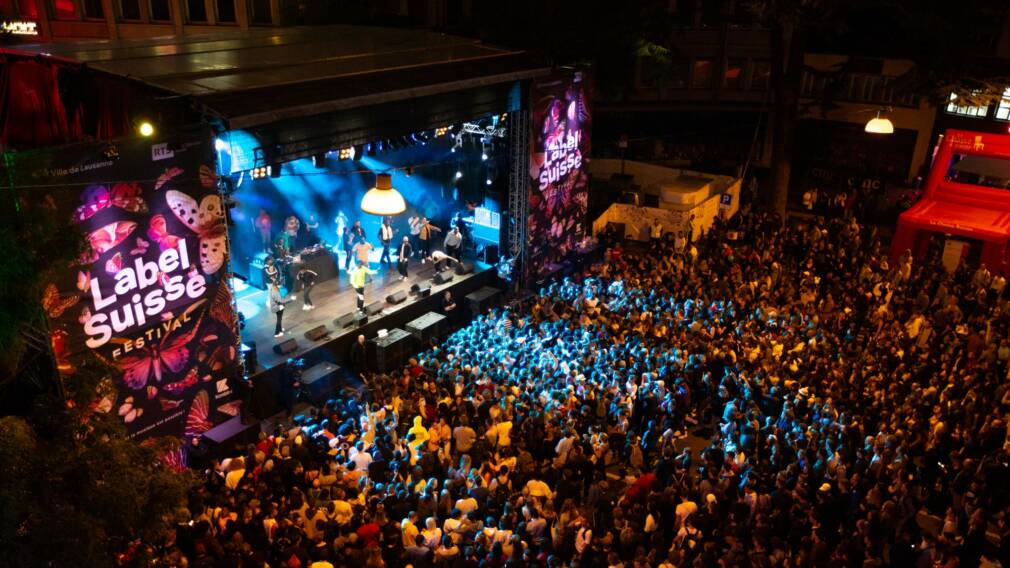 The Swiss festival will be held in Lausanne between the 16th and 18th of September for its tenth edition. Over sixty concerts, completely free of charge, are planned.

After nine successful editions, Label Suisse is back to celebrate its tenth edition on the Montbenon esplanade, renamed Village Label Suisse for the occasion. It is thus at the top of Lausanne, with a plunging view of Lake Geneva, that the concerts will be held on three large stages: the main stage of the biennial event, the Paderewski stage and CouCouleur 3. Below, seven other venues will host the artists, at the Saint-François Church, at La Cave du Bleu Lézard, at Les Docks, at the D! Club, the BCV Concert Hall, the Ferme des Tilleuls, the ABC bar club and the Datcha. In total, festival-goers will be able to enjoy 69 concerts over the course of three days.

It’s impossible to be everywhere at once, so PAM has put together an alternative program. We invite you to take part in the events that Label Suisse is organising in partnership with the Tataki media. On Friday, the Docks will host a concert by rapper Danitsa, followed by DJ sets by Swimallnight and NA$$. Also on Friday, the D! Club hosts Marquise Fair. The next day, don’t miss the Marcel Duchamp Orchestra on the Village’s main stage, and Luvanga on the CouCouleur3 stage. And finally, on Sunday, we recommend OY at the D! Club, Ka(ra)mi and Nâr on the CouCouleur3 stage.

You can find the whole program here.