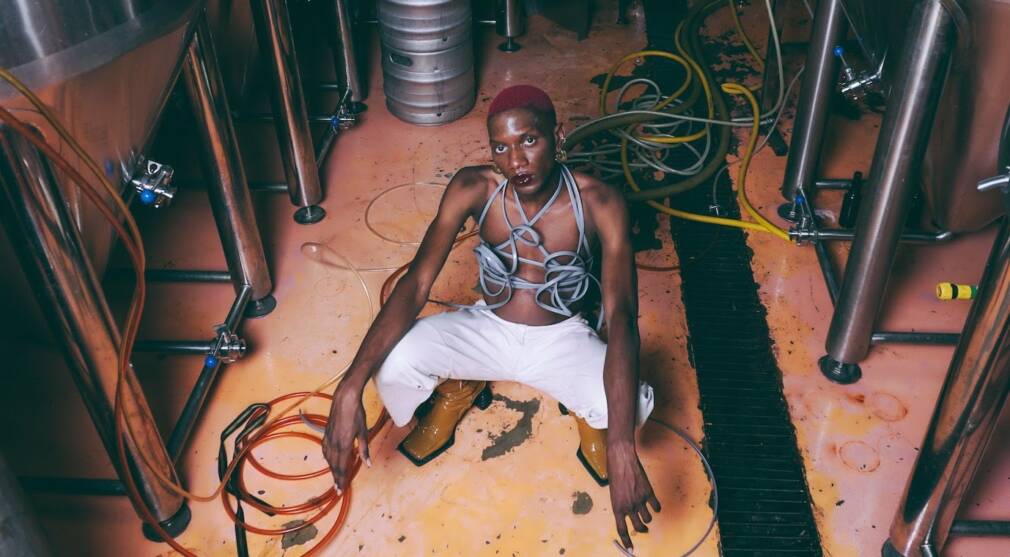 In Kampala, DJ and producer Authentically Plastic releases Raw Space, an experimental debut album that is part of the African electronic revolution driven by the Nyege Nyege locomotive and its subdivision Hakuna Kulala.

In 2019, PAM brought you a profile of Authentically Plastic, an engaged artist who uses music to push boundaries within their native Uganda. Since the Nyege Nyege Festival in 2015, where their exuberant performance shook crowds and onlookers, the artist continues to use music as a shield by showering the planet with their hybrid and abrasive DJ sets. With their colleagues Turkana and Nsasi, they co-created the Anti-Mass collective, offering a new space of expression to the country’s alternative scene. Almost a year after the release of the atypical Doxa, the trio’s first EP, Authentically Plastic embarks on their first solo project with Raw Space, an album that is both sensual and aggressive, reminiscent of their punk side.

Raw Space is a reflection of the artist’s militant character: free, wild and convoluted music that uses chaos as its main pillar. Using randomness in the creative process, they uses the genius inherent in machines to mutate the rhythms and structures of their tracks, drawing inspiration from East African polyrhythms to deliver a record that borrows as much from surrealism as from avant-gardism. Between industrial techno, acid textures and rough experimentations, Authentically Plastic plunges Afro-futurism into a broth of rave culture that does not leave indifferent.

While writing Raw Space, they questioned the concept of depth of field, a technique often used in Western art and found in music. Authentically Plastic shows here that with a certain “sonic flatness”, depth can be forgotten in the service of a raw and powerful sound that occupies the space in the foreground.