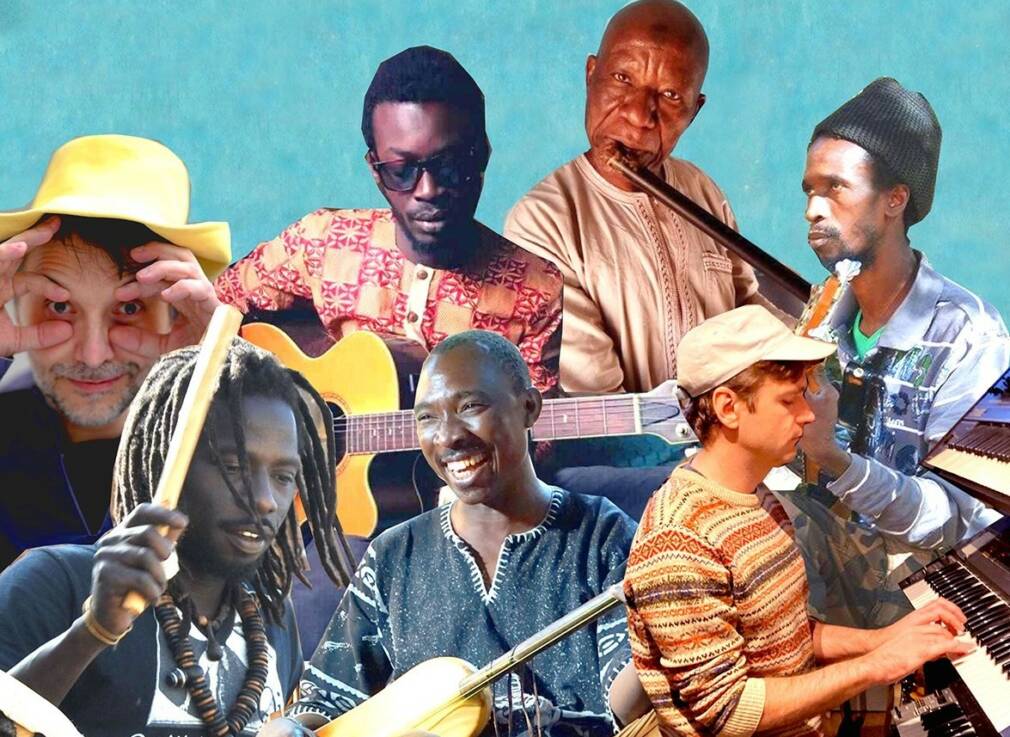 The unclassifiable union between Swedish producer Karl Jonas Winqvist and musicians from the Toubab Dialaw village in Senegal returns with a second album which expands on the theme explored in their debut.

After a chance encounter back in 2018 with musicians, percussionists, poets and beatmakers from the small Senegalese fishing village of Toubab Dialaw, Swedish producer Karl Jonas Winqvist went back to Sweden with some recorded mementos. From that moment on, he continued to exchange sounds through WhatsApp with Arouna Kane, the Senegal-based collaborator and studio engineer with whom they had recorded back in Senegal. Thus, the Wau Wau Collectif came to be and their first album Yaral Sa Doom, which captured their avant-garde cosmic sound, was released.

However, it so happened they had kept enough material to produce a second one as the Swedish producer implied during an interview given to PAM in 2021: “We recorded so much material and me and Aruna sent overdubs, ideas and new songs to each other up till last week, so the songs on Yaral Sa Doom ended up on that album because they were ready first. But there were just as many other songs waiting and almost finished”. It was not completely out of the blue that we learned about Mariage. It is dedicated to the late Ousmane Ba, whose flute can be heard throughout “Necessaire” and “Mariage Forcé”.

Like their debut album which dealt with youth education as its title suggests (Yaral Sa Doom means “educating young people” in Wolof), Mariage expands upon the same themes. In the reggae inspired “Yonou Natangue,” the Wau Wau Collectif promotes “youth education to address the social issues facing contemporary Senegal”. “I just think that education should be offered to all young children in an equal way. It shouldn’t just be young kids learning from old people. It can work the other way around, also.” Winqvist’s statement is made clear in the single “Xale” in which children are given the central role. The track is constructed around the children’s song, around which other supporting sounds are gradually introduced, first thumping hip-hop beats, then the guitar, then the synth’s keys, as if the players were learning from the children’s voices.

Listen to “Xale” in our Songs of the Week playlist.