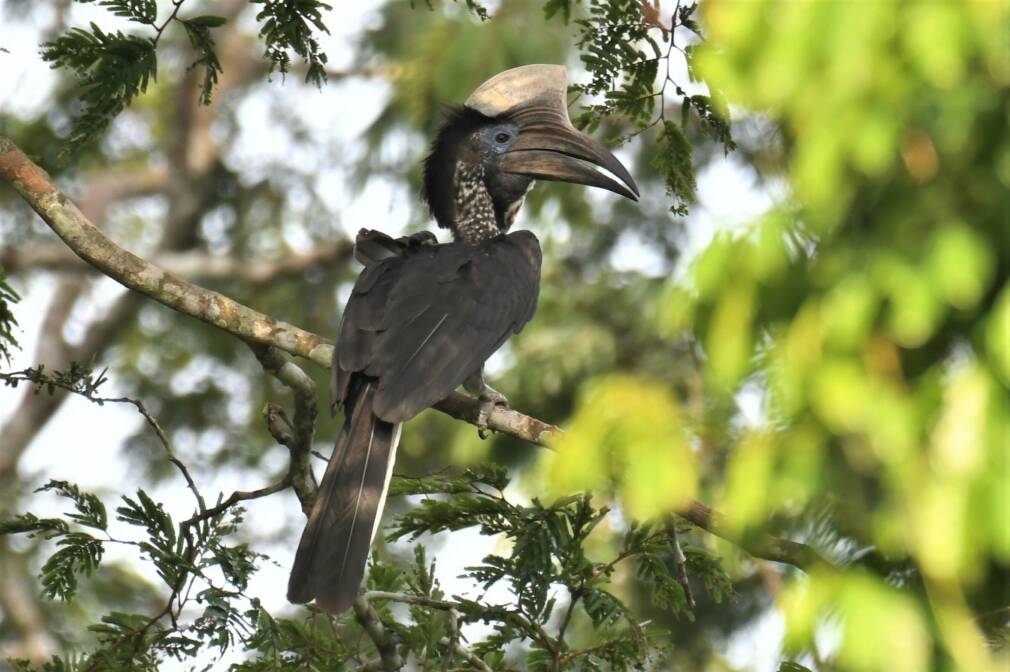 Known as a South-American electronic music specialist, label Shika Shika now turns towards West Africa for the third volume of its series A Guide to the Birdsong. PAM talked to El Búho, label manager and compilation co-curator of our feathered friends.

First in 2015, then in 2020, the Shika Shika label released two compilations where artists such as Nicola Cruz, Dengue Dengue Dengue, The Garifuna Collective or Equiknoxx would take part in a peculiar sort of exercise. They had been tasked with creating a new track which would include the song of an endangered bird from their region. After Latin America, Mexico, Central America and the Caribbean, El Búho and Barrio Lindo chose to focus on West Africa to launch the new project’s crowdfunding. Having exceeded the goal set on Kickstarter’s platform, the project came to be on the 16th of June. It featured renowned musicians including Vieux Farka Touré and Sierra Leone’s Refugee All Stars, along with electronic artists such as Mamans du Congo, the Nigerian Sensei Lo, Senegaleses Wau Wau Collectif and the Malian Luka Production. Each and everyone of them pay tribute to the delicate tweet, the whistling, and the song of the black crowned crane, the Yellow-casqued hornbill or the Timneh parrot amongst other rare endangered feathered creatures. This non-profit endeavour’s goal is to raise awareness about the critical situation of these birds. All profits will go to conservation organisations that work tirelessly to save and preserve these species and their habitat. To dive a bit deeper we asked Robin Perkins, aka El Búho, a few questions as the ornitho-musicologist of this project.

The two first volumes were dedicated to Latin and central America. At the very beginning, how did the idea emerge in your mind?

It started in 2014, I was working for Greenpeace, trying to see how to bring together music and environmental activism. As a producer, I started using birdsongs in my music. I made a few tracks and released an EP with four birds from South America. Then I thought that it would be great if we could do the same in a compilation. We would invite a bunch of artists from one region, and each would make a track inspired by a bird. If the birds were endangered, we could use the music to talk about endangered species and raise awareness and funds. South America made sense to start because that’s the world I knew. I lived in Buenos Aires, and I have a lot of friends from that scene.

I understand that you have a special sensibility about the environment, but what about the birds?

When I was a kid, my mom worked for a wildlife conservation organization and during the holidays, we went camping in national parks. I grew up in a family of bird watchers, so birds have always been parts of my life. My name (Robin) is a bird as well, which is kind of funny, and my producer name is also a bird, El Búho means owl in Spanish. Also, the bird is the most musical animal, and there is a deep and ancient connection between humans and birds.

You raised more than 50 000$ following the first projects. How was it welcomed in the associations, and what did they do with the money?

All the organizations we talked to were super enthusiastic, because usually they get the money from foundations, and they are always trying to reach new audiences.  Also, we always used small local organizations who really needed the money. We knew that the money would be spent in the regions. For example, in Ecuador we paid a full year salary for a park ranger for one of the species. In the Caribbean, we paid for a training program for local guides. In Costa Rica, it was to finance education material for a scientific program, and in Mexico, we helped a rehabilitation and rescue center for endangered parrots.

Why did you think about West Africa this time?

We felt that musically and historically, there are a lot of ties and links between West Africa and South America. The label focuses a lot on Latin America but Agustin (Barrio Lindo) and myself are both huge fans of African music. We were imagining the kind of artists we could invite for this project and we couldn’t resist! Also for the birds, it’s so ecologically diverse, and they have so many species.

Tell us more about the process. Did you personally choose the birds and distributed them to the chosen artists?

We came with a short list of the most endangered bird species from the region using the red list, which gives the status of all the birds in the world. Then we looked to see if a good quality recording of their song existed. It shortened it down to a small list, and we chose one bird for each of the 10 countries. For the artists, we had a short list of people we wanted to include, we spoke to them to see if they were interested and at the end we matched the birds to the artists. We gave them a pack with the birdsong, photos and information. They do what they want but the only rule is to use the birdsong in their track in some way !

On the compilation we have a mix of “traditional” artists (using organic instruments) and more electronic ones. What was the criteria to choose them?

For the first two it was much more electronic-focused. For this one, we just felt we couldn’t do a series in western Africa without including more “traditional” music. We started thinking about who we would love to invite, we also asked for recommendations to people we know, for example Sahel Sounds. Also, for example Ruth Tafébé is not a huge name but somebody gave us the connection, telling us that she would be so right for this project. We had a conversation with her, she was so enthusiastic and so supportive. It’s not about how big the artists are, but how engaged and interested they are.

Can you tell us more about an eventual next episode?

It’s a nice idea to do all the regions of the world but for us, the creativity kind of runs out at some point, because it would be the repetition of the same idea. So for the next one, we want to do something different. Not about a region, but migration. For example 10 migrant musicians and 10 migratory birds!

A Guide to the Birdsong of Western Africa, out now.

El Búho and Barrio Lindo will represent the Shika Shika label at the festival Week-end au bord de l’eau from the 1st to the 3rd of July 2022, alongside the PAM Sound System !