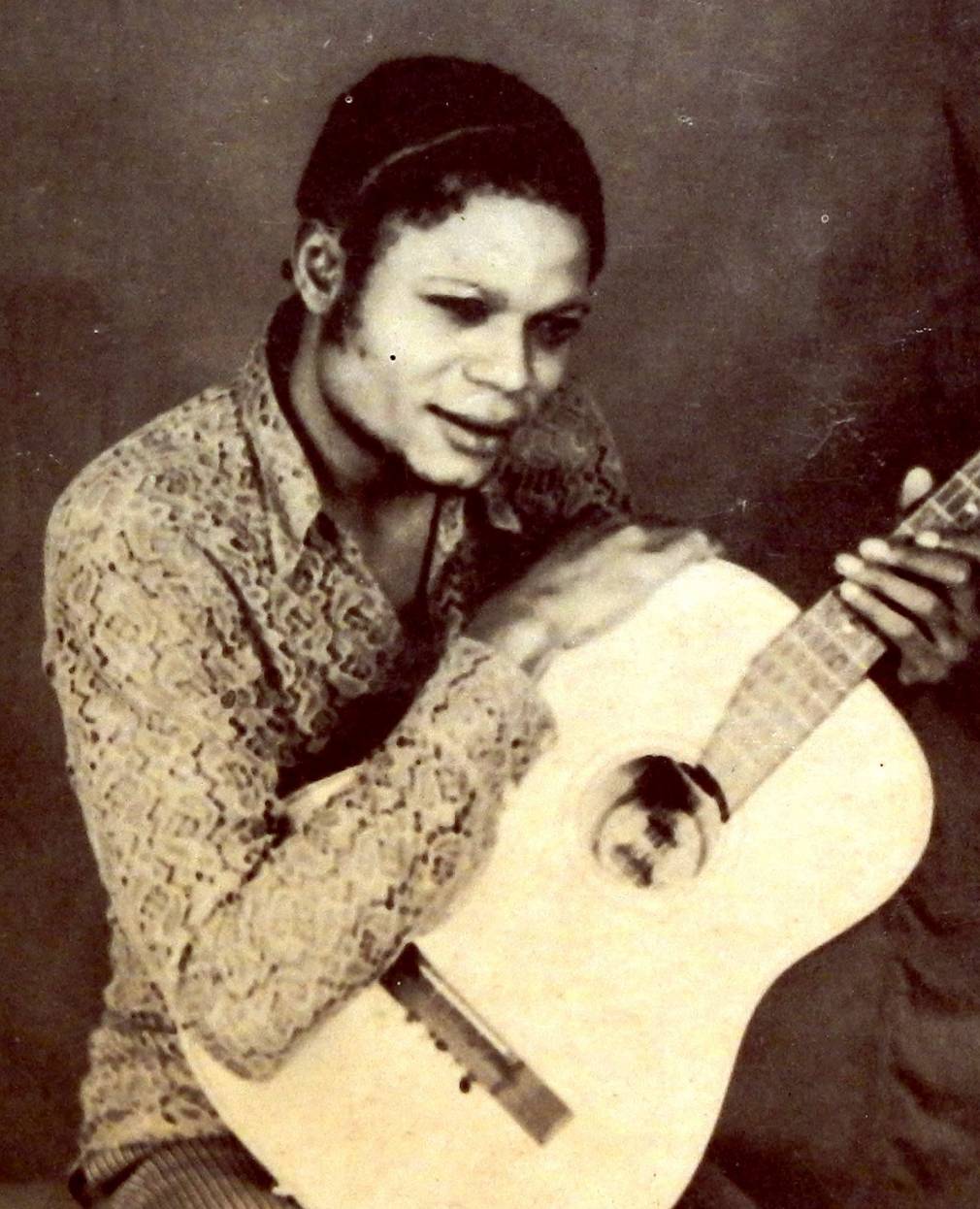 “Kinsiona”: when Franco cried over his great little brother

In August 1970, Franco’s younger brother, Bavon Marie-Marie, passed away under tragic circumstances. As an epitaph, the Grand Master paid tribute with one of his most beautiful songs, “Kinsiona” (Sorrow).

Bavon Marie-Marie Siongo traversed Congolese music history at full throttle. In the span of only twenty-six years a lot of things happened: he matured, made himself a name despite being in the shadow of a very famous elderly brother, and posthumously became a musical icon amongst the souls who lit up the skies in the 1970s. Yet, his story leaves a bitter taste as well as a feeling of incompleteness and total loss… Just over fifty years ago, the life of a talented boy came to a screeching halt.

This comet-like life began in Kinshasa on May 27, 1944. After the death of his father, Marie-Marie was raised alone by his mother in the “Far West” neighborhood (today’s Ngiri-Ngiri municipality). His older brother François, hoping to spare him the hardships of life as a musician – seen as losers by the society –, sent him to study in Bas-Congo, today’s province of Kongo Central. But much more than books and notebooks, it was the guitar that would become the young man’s main companion, to the detriment of his studies. Snitched on to Franco by one of his cousins, he was immediately brought back to Kinshasa where the eldest interrogated him about what he would do with his life. His only response: to play the guitar, which he taught himself how to play. So when his authoritarian brother scolds him publicly and demands that he take a test to show what he can do, Marie-Marie takes up the challenge… The scene takes place at the Congo Bar, under the expert supervision of Simaro Lutumba, Franco’s second-in-command and conductor of the OK Jazz band. Marie-Marie’s “official” musical career begins. But not in the orchestra of his brother, instead he directs him to Negro Succès, the band founded by Leon Bombolo Bolhen – a former Ok Jazz member – who would soon record the hit “Bana 15 ans”.

And wham! Success instantly followed. From 1965 to 1968, Bavon Marie-Marie climbed to the top of the charts with “Maseke Ya Meme”, “Lucie Tozongana”, “Nellie Na Place Na Nga”, all huge hits! With the success, he would soon also become a pin-up for young girls. But his heart beat only for Marie José Simplice, whom he loved with a passion, to the point of then becoming a possessive and jealous partner.

One morning, he instigated a violent quarrel, suspecting her of having a lover. Who could he be suspecting? Youlou Mabiala, or Ndombe Opetum (both members of OK Jazz)? Or the footballer Jean Kembo (a member of the national team, “the Leopards of Zaire”)? It’s hard to guess… and nobody will ever know. However, as he was drunk driving his car, he crashed into a broken-down vehicle and died at the scene on August 5, 1970.

Rumors spread accusing Franco of having sacrificed his own brother (this was Kinshasa, and as elsewhere in Africa, accusations of witchcraft are quick to arise, especially against celebrity figures such as Luambo). His elder brother would pay him a vibrant tribute as only singers know how: in music. “Kinsiona”, a melancholic hit sung in Kikongo, became the perfect epitaph to bring a close to the musical epic of a life too short.

“Kinsiona” lyrics in Kikongo (Kintandu) and loosely translated in English

Bavon Marie ta ndile
I am crying over Bavon Marie-Marie

Bevwanda mu fongo mono kwani batabinge
Mono kuamu bata bonge
They are in a meeting waiting for me
While I am grieving, they are conspiring and waiting for me

He dio kanda kala ye ngangu
You the family, be careful, be alert

Bubagoga bawu, usiama ukola
When they speak it is so that you grow and mature

Djo gata mambu manunini
There are too many problems in this village; who could survive it?

Banani basala mo ?
Who could survive it?

* “They” refers to the immediate family of the deceased, as opposed to the extended family and the entire village who took part in the mourning discussions. If the deceased is an orphan, which elder could defend their relatives?

Thanks to Magloire Mpembi N’kosi for his invaluable help in the translation of the lyrics.