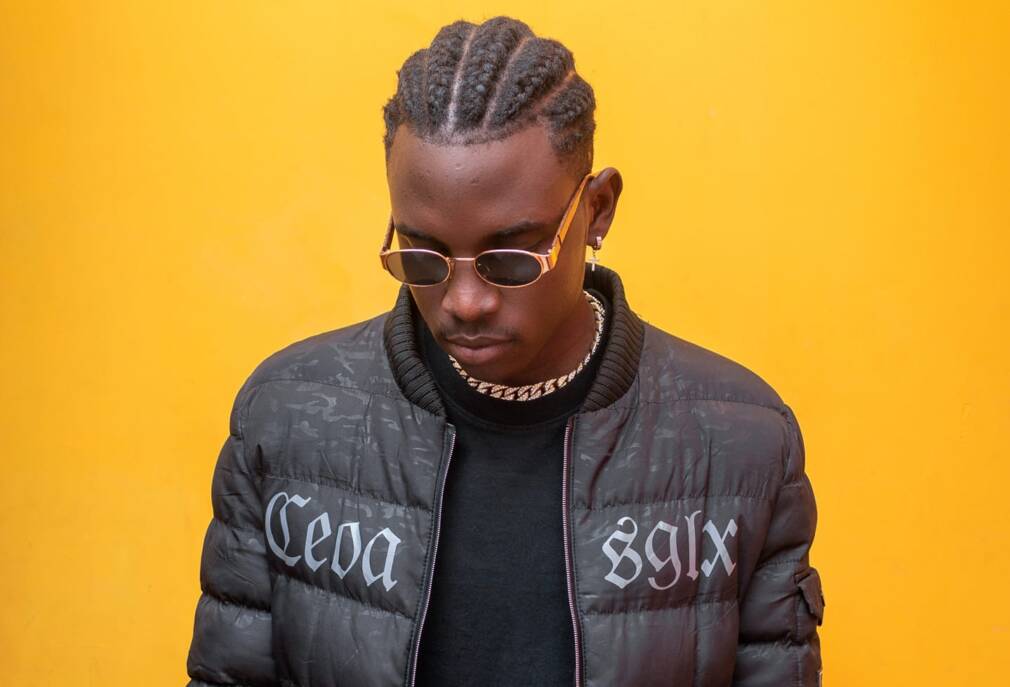 Following the release of his EP Trappish II off his own label imprint Trappish Music, Ish Kevin breaks down the distinctions in Kigali’s rap community, the mindset of Rwanda’s next generation and the power of collaboration to bring Rwandan music to the world.

Kigali is fertile Earth for rap. Not too long ago a PAM contributor brought the Kinyatrap movement to our desks and it immediately captured our attention. The gritty sounds of trap and drill mixed with the high energy flows in Kinyarwanda, Swahili, English and French created a sound that was as hyphy as it was unique. In our initial article we brought together the likes of Bushali, Og2tone, B-Threy and of course Ish Kevin for a rough guide to the burgeoning scene. However, after reaching out to Ish Kevin for a interview following the insanely catchy and well-produced Trappish II which was released in March 2022, the Trappish Music label founder and Loudsoung Gang figurehead made it clear that Kinyatrap and his own Trappish brand was a totally different movement. “First of all, Kinyatrap is not like a style, you know? It’s a gang, like their gang, it’s a family, it’s a studio,” he explained over the phone. “Kinyatrap came before us. There was Bushali, B-Threy Slum Drip and many others. When we came, we tried to reach them, but we couldn’t be in their Green Ferry Studio (Bushali’s Kinyatrap label imprint and studio), we couldn’t be in Kinyatrap. So we made our own thing.”

“The new generation. Those are my people.” Ish Kevin continues. In truth, when one looks closely at bifurcating movements of Kigali’s two rap powerhouses several distinctions are drawn. The first of which is a new orientation to a younger generation that identifies with the good times and the proverbial grind rather than the social critique and woes of street life found in Kinyatrap. “In my songs most of the time I’m encouraging the youth like, let’s go hustle. Let’s go look for the money,” says Ish with a laugh. “And most of the time I talk about enjoyment. In Rwanda, all the past years, hip-hop has been talking about streets, people crying, hunger… bad life, you feel me? But for us, our fight came with something like enjoyment. Having fun, parties, talking about girls… The new generation in Rwanda these days likes to enjoy themselves.” Though Ish Kevin is wary of modern pitfalls of social media and superficial swag which he condemns on “Clout” off his new album, tracks like “Powa” with Confy and Kivumbi King reveal a softer, love-soaked side tohis aesthetic. The other distinguishing factor in Trappish Music is the sound. Ish, for example, claims that the introduction of the drill sound to Kigali started within the Trappish movement. “Surely it’s me who started the drill vibing round. Now everybody (in Rwanda), even Kinyatrap, is drilling,” he says. An early example that brings merit to his claim is Pro Zed’s 2019 “Ndaje” featuring Ririmba and Ish Kevin mixing a traditional melodic line with drill’s famous slide-bass.

However, in conversation with Ish Kevin one thing that stands out more than anything is his appetite for collaboration and penchant for spreading the love. “I had the gang, I had more artists and rappers who were good at it, who are now starting to get that spotlight,” Ish begins when asked about the Trappish origins. Though the come-up story quickly turns to shoutouts for the other members of the movement. “Like Logan Joe, Kenny K-Shot, Og2tone who is the youngest among us….There’s another guy called Ririmba…” It’s something Ish always circles back to, citing his influences, collaborators and insisting on the power of working together. For example, when talking about the slick production on the album, Ish finds strength in numbers. “In Rwanda, a producer can produce a song for you but he doesn’t want any other producer to touch it,” he explains. “But when we came, we were like, ‘Yo why can’t like three, producers even four work on one song and we make a hit together?’ On my latest EP, Trappish II, each song has at least three producers on it, at least three or four.” He finished by name dropping and singing praises. “There’s a producer from Burundi, a guy called Thecember, the one who produced ‘My Year‘. It’s just a new kid in the game and he’s doing good. He just made a cover of “Finesse” and it went viral. The guy I call my main producer is Pro Zed. After there’s Bailey (bailey99beats) who produced “Clout” with Ycee. There are a couple of producers here that we work with in different vibes.” The generosity of spirit extends to the Kinyatrap gang as well. “I think if the two energies are combined together, it’s bigger than we could do with Trappish on their side Kinyatrap on this side,” he mentions.

With this attitude and talent, it’s hard not to imagine Ish Kevin going places. Despite the challenges of language barrier and music industry infrastructure, Ish Kevin has ambitious plans of bringing his people’s music to the world. “I want to put Rwandan music on an international level. I want Nigerian people to listen to our music. I want South African people to listen to our music,” Ish states confidently. “And it shouldn’t stop us from putting something Rwandan in our music. We should sing and they will listen to our languages.” Despite the vast Swahili speaking population, Ish admitted that breaking outside of Burundi has been a challenge for Rwandan artists. Though Ish won’t be discouraged. “Even if I don’t reach the level that I’m willing to reach, if people see that I’ve changed things in the period that I was doing this with my people, and everybody knows these are my people and we’re doing this together… That’s all I want.”  Caveats aside, Ish finished with a bold statement. “There’s nothing that we can’t make happen. Trust me, nothing.”

More is in the works. With the studio up and running and the vision of the Trappish Music founder there’s sure to be a slate of heavy hitting Rwandan trappers, drillers and rappers popping up on the international hip-hop radar. Ish Kevin bringing in artist’s like Nigeria’s Ycee is a good start, but it’s just the beginning. “There’s more good stuff coming,” Ish laughs. After our conversation, I believe him.