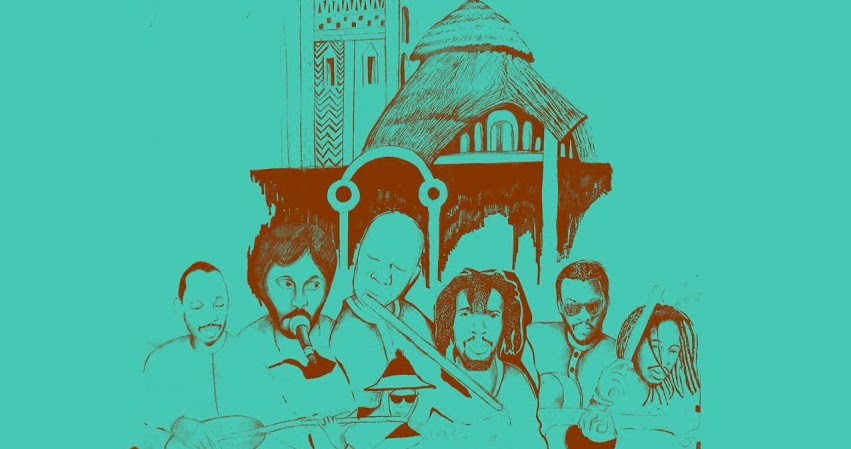 Yaral Sa Doom is a Wolof expression for “educating young people,” and this expression takes on its full meaning via this album recorded in Senegal, due for release in February 2021.

Education is at the heart of the album, with songs that directly address the social problems of contemporary Senegal, including education and immigration. “Today you must educate children with an instrument and art … when you teach them an instrument you teach them to use their spirit,” explains Djiby Ly, one of the members of the group.

With its avant-garde cosmic sounds from Senegal, Yaral Sa Doom is a revolutionary album that transcends borders. Inspired by West African traditions, Sufi songs of praise, spiritual jazz and dub rhythms, the result almost feels like the birth of a brand new hybrid genre. Hypnotic percussion is played in a loop accompanied by deep chants and children’s voices that are superimposed on electronic rhythms. In incomparable and intriguing softness follows.

The story began in 2018, when Swedish music archaeologist and musician Karl Jonas Winqvist visited Toubab Dialaw in Senegal, a small fishing village that has become the centre of Senegal’s bohemian art scene. Over the course of a few weeks he met local musicians, percussionists, poets and beatmakers who met to sketch out ideas in free improvisations. Winqvist returned to Sweden, continuing to exchange recordings through WhatsApp with Arouna Kane, the Senegal-based collaborator and studio engineer with whom the collective recorded back in March 2018.

With more than 20 artists from Senegal and Sweden, the resulting album is a visionary addition to so-called global music, a vast genre whose future favors ever more international collaborations via the internet. “It’s like diving into the sea,” explains Kane, “There are all different species of fish swimming around, but together they make the ocean.”

The album will be released on February 26 2021 via Sahel Sounds.

Listen to the Wau Wau Collectif in our Songs of the Week playlist on Spotify and Deezer.