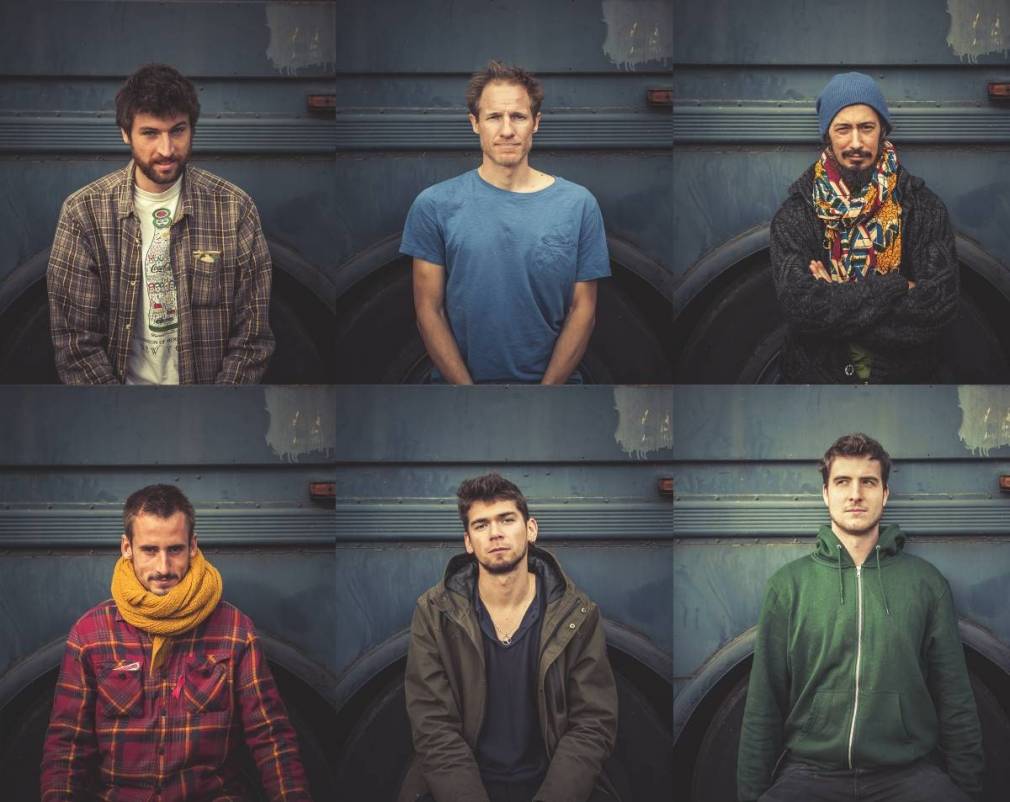 The Azmari group to emark on desert odyssey

The single “Azalaï” comes ahead of a debut album called Samā’ī, which marks a long desert crossing where ethiogroove, dub, psychfunk and oriental sounds merge.

“Azalaï” is a word that refers to the Tuareg commercial caravans that crossed the Sahara desert twice a year for almost 1000 kilometres to transport salt between Taoudéni and Timbuktu. To accompany this epic journey, the group uses the saz Bağlama and the kaval, two instruments they brought back with them from a tour date in Istanbul and then integrated into their universe. These instruments enter into communion taking us, thanks to a frenetic rhythm section, into an intoxicating trance …

“Slowly, here she comes. Winding. She rubs her belly against the earth, slaloms between the stones, traces its destiny in the sea of gold. Azalai. The music drags, repeats, completes and flies away like the wind stained with sand and spices. She takes a breath in the desert dunes and walks forward. She walks without respite, she fills herself with images of flavours, ecstasy that intensifies with the tempo. It jerks, this music. She drowns, exhales and wakes up under the eastern sun. The bodies rock, twist, suffer the bite of the sun and get lost in drunkenness. No one sees the end of it. It’s a hypnotic venom. An endless trance. Always forward. Always towards the distant horizon. We are going forward. Azalai as the only guide.”

Created in Brussels in 2015, Azmari is a true musical odyssey where ethiogroove, dub, psychfunk and oriental sounds are expertly fused, inspired by artists such as Okay Temiz, Mulatu Astatke, Cymande, Fela Kuti and The Heliocentrics. An Azmari, literally “the one who praises” in Amharic, is an Ethiopian singer-musician, comparable to the European bard or the West African griot, often accompanied by a masenqo – a one-stringed violin – or a krar, a type of lyre.

After the release of their first EP last year and a series of shows across Europe, including a ten-day concert in Istanbul, the band developed their sounds and then let themselves get seduced by the Turkish rhythms of the 60s. Eager to return to the studio to begin work on a debut album, they studied Turkish and Ethiopian scales in detail, while learning new instruments along the way, including the berimbau, ney and saz bağlama. This served to transform the album into a mesmerising journey, sending the listener back to a higher state of consciousness. Azmari effortlessly and precisely blends African and Oriental melodies, offering a new vision of the ethiojazz sound.

The album Samā’ī will be released on January 22 via SDBAN Records.

Listen to Azmari in our Songs of the Week playlist on Spotify and Deezer.

KUTU take us to Addis Ababa with “Dantada”
News