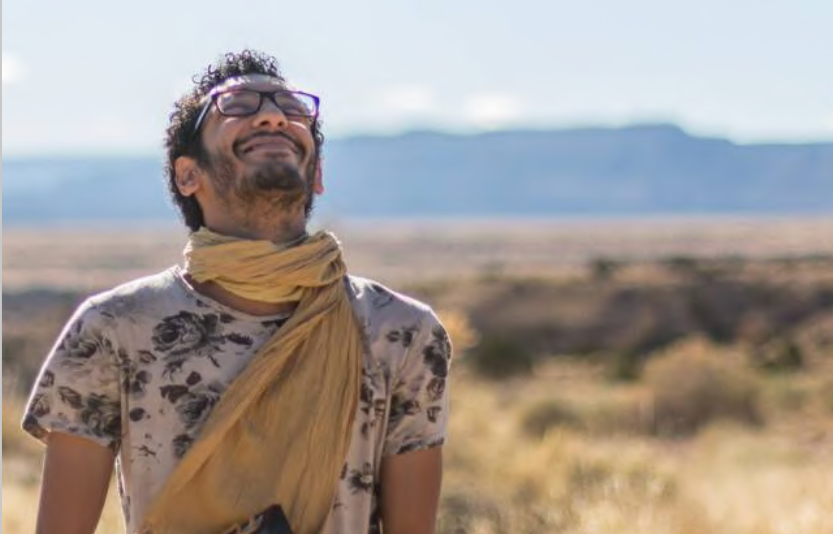 Guedra Guedra كدرة كدرة , beyond the Sahara on debut album

From his studio in Casablanca, the DJ and producer builds a utopian world with the evocative title “Vexillology” on debut album, a term designating the study of flags.

Guedra Guedra’s debut album breaks down borders by reconnecting the Maghreb to sub-Saharan Africa through his hybrid and organic approach to music.From his studio in Casablanca, Abdellah M.Hassak (real name), cooks up electronic music impregnated with traditional tribal desert sounds in the same vein demonstrated on his EP Son of Sun, released last spring. It acts as a way of reminding us that, half a century ago, the countries of North and West Africa were not those traced by colonists.

The culture of the Sahara shares rhythms and songs with Morocco, Algeria, Mauritania, Mali and Senegal. As proof, just take Abdellah’s pseudonym, Guedra Guedra – this double word refers “both to the dance of nomadic women of the desert and, at the same time, to a pot used for cooking, also used as percussion” he explained during an interview for WFP last April. The Sahara has its new standard, and it is called Guedra Guedra كدرة كدرة.

Vexillology will be available from February 21 via the On the Corner label.