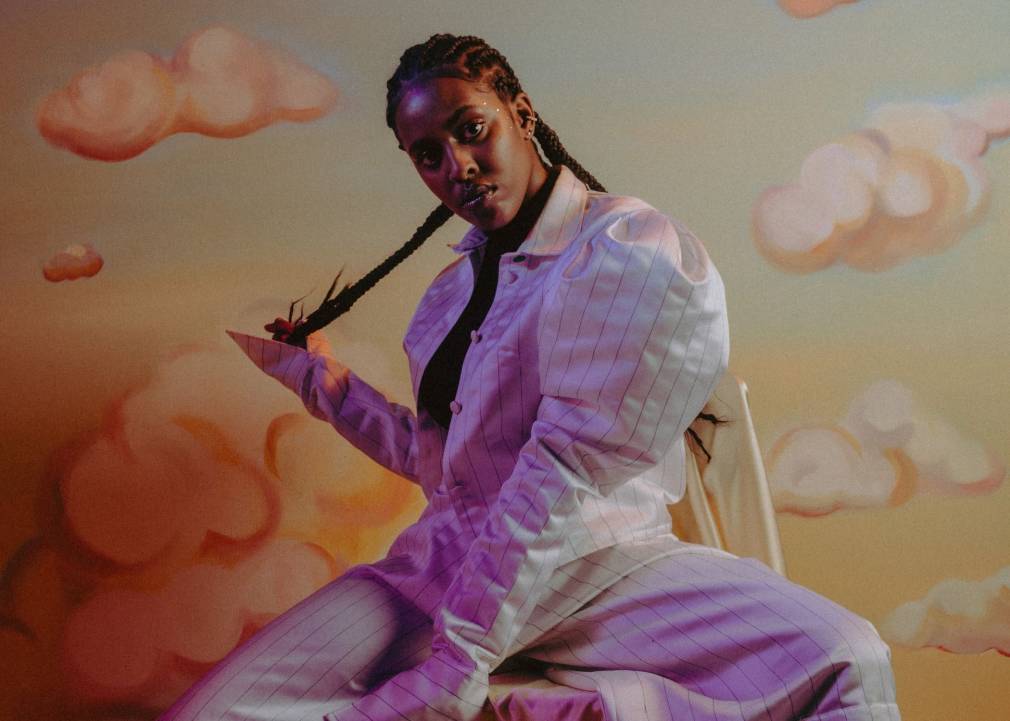 The rising star of soul-R&B announced the release of COLORS Live in NYC, a special EP in collaboration with the global creative platform COLORS in New York City to be released on December 11.

The three-track EP, recorded live at COLORS Studios in New York, marks Gaidaa’s first-ever American performance when she took to the stage alongside Kojey Radical and Dua Saleh at Brooklyn’s National Sawdust. There she played two tracks from her debut EP Overture and a mind-blowing cover of Usher’s 90’s classic “OMG.” Her performance was so successful that she received the personal kudos from will.i.am, the original author of the song. VOcal prowess and a killer sense of humor, it isn’t hard to see whyCOLORS Studios chose to record this live concert. The studio has been supporting Gaidaa since her debut in the summer of 2019, when she recorded her very first track “Morning Blue” on their COLORS SHOW.

Dressed in a traditional white toga and gold earrings, she elegantly refers to an emblematic image of the Sudanese protest movement against the autocratic government of ousted President Omar Al-Bashir. Her personal reflections pass through her music and allow her to center herself at the heart of the protest movement in her own way, despite the fact that she lives in the Netherlands. Gaidaa is a 21-year-old Dutch-Sudanese artist at the vanguard of a new generation that accesses soul through organic R&B punctuated by acoustic instrumentation and lyrics imbued with raw vulnerability. Growing up between Eindhoven and Sudan, she made a name for herself with her cover of Kehlani, which caught the attention of the famous Dutch producer and artist Full Crate. Together they concocted “A Storm On A Summer’s Day,” and in May 2020 she recorded her first EP Overture, with Saba and Jarreau Vandal, a case of neo-soul sounds with a delightful suave edge.

The EP COLORS Live in NYC will be released on December 11 via the label COLORSxSTUDIOS. Pre-order here.