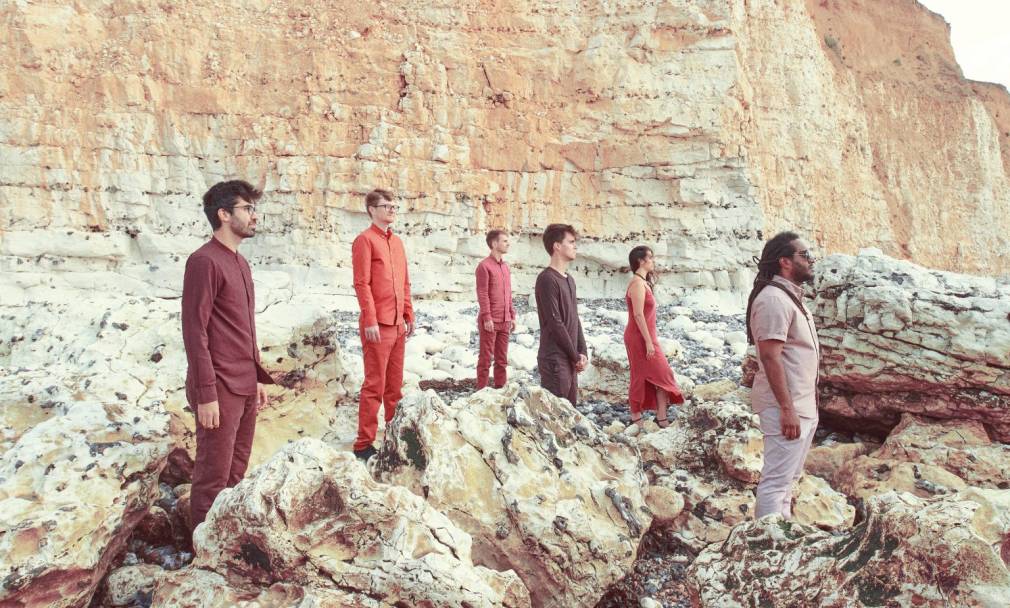 The London-based Afro-Brazilian group presents ”A Macieira,” a single from their upcoming debut album.

After their eponymous debut EP in 2017, Caravela have returned to the lab to cook up their special blend of Afro-Brazilian rhythms and contemporary London jazz, infusing it with tantalising psychedelic textures. The textures of, “A Macieira” are what stand out, based on catchy and funk-inflected guitar lines, strong percussion, syncopated drums and the incredible voice of Inês Loubet Franco that rises above the group introducing folk themes about maturity and innocence through the eyes of an old woman, as strong and stable as an oak tree.

The album’s Portuguese lyrics address the social and environmental issues faced by Brazil and Cape Verde. The hypnotic groove-led percussion supports their words, reviving the band’s Afro-Brazilian influences on the rhythms of Candomblé music played in Bahia or the tropicalism of Gilberto Gil and Caetano Veloso (part of the cultural revolution in Brazil at the end of the 1960s). There are also some darker electronic elements reminiscent of Radiohead or the electric era of Miles Davis and Herbie Hancock, though African and Brazilian rhythms remain at the heart of the band’s writing, filtered through a jazz approach.

The album Orla will be released on February 26 via None More Records.

Listen to Caravela in our Songs of the Week playlist on Spotify and Deezer.