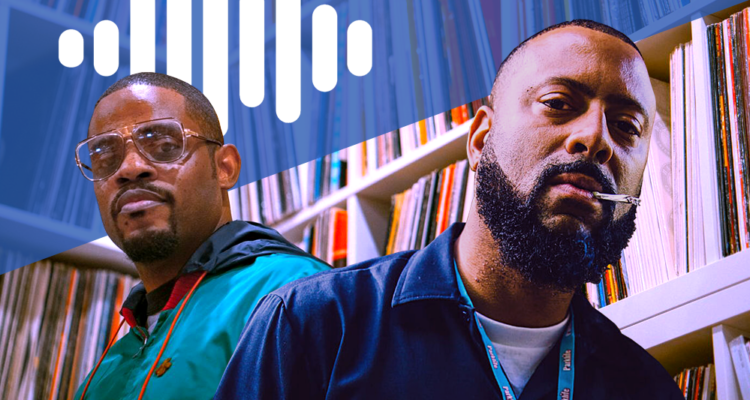 Their first jazz-inflected track “Les Jardins Esméraldins (Pour Caillard)” is a cut from their forthcoming joint album: Pardon My French.

This American duo has nothing to prove. Madlib and Karriem Riggins have finally unveiled their debut under the name Jahari Massamba Unit, and it is a real success. The first track is a taste of what is to come, a seduction of sorts, with instrumental jazz tones that the ears soon attune to  on the short and breezy piece. The Pardon My French album has been carefully thought out, because Karriem Riggins and Madlib have been working together for many years now. Riggins plays drums and producer Madlib adds numerous layers on top. They worked the same arrangement to create a track under the pseudonym Jahari Massambi Unit on Madlib’s High Jazz compilation in 2010.

“This album, put together by students of jazz in its myriad and historic forms, and also proponents of jazz’s future, reflects a lifetime of record collecting, musical study, woodshopping, and a reverential respect for one another’s craft,” says Rappcats.

The album Pardon My French will be released on November 27 via Rappcats.