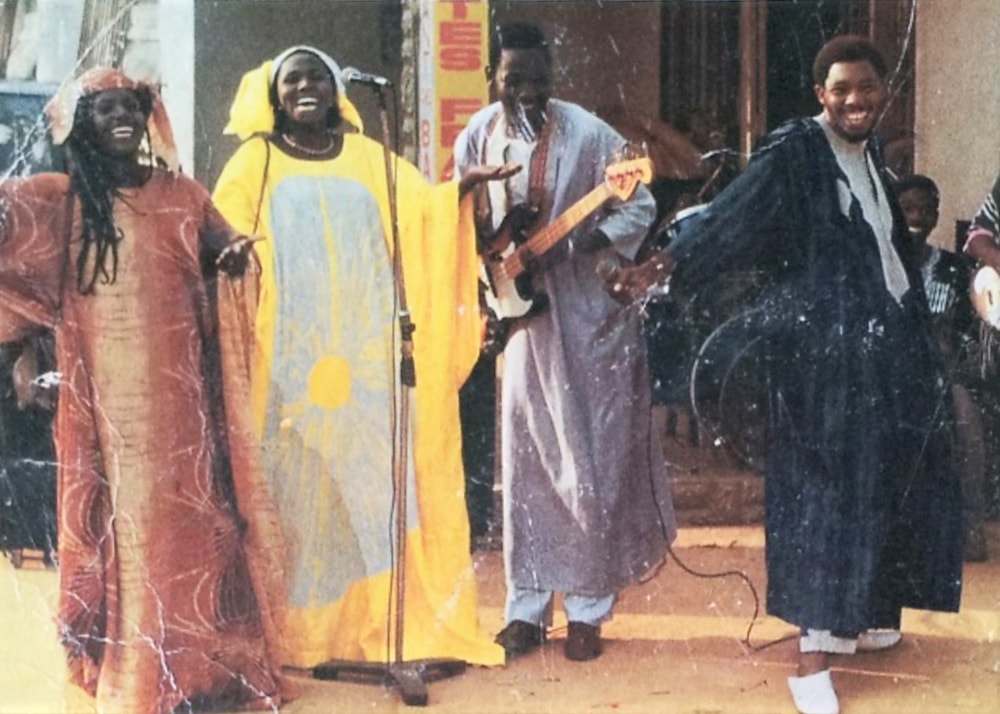 The International Soleil Band was formed by a bunch of Malian and Guinean musicians who recorded a unique album in 1983 on French label WAM (West african music).

“Ta Lassa”, from this unique album, was composed by Gnamakoron Sidi Diabate, a member of the combo including the famous Guinean griot Mory Djeli Kouyaté. A magnificent singer part of 22 Band of Kankan (Upper Guinean) and then the Band Revolution of the same city, he has recently been seen performing on European stages as a duo with brilliant keyboardist Jean-Philippe Rykiel.

But let’s get back to “Ta Lassa”. This dancefloor killer is a blend of traditional rhythms, syncoped guitar riffs and nervous organ solo parts and a recognisable Guinean vocal outing.

It is really all about Guinean genius, authentic, fruit of the ambitious cultural policy led by Sekou Toure in the aftermath of the country’s independence. At that time when this song was recorded, the Great Orchestras that represented the country were less and less supported, due to economic crisis.

The artists had been left to their own to create their private orchestras, often ephemeral.
This may have been the case of the International Soleil Band, that leaves us with only one record, whose title track “Ta Lassa” is the most beautiful offering, reissued today by the Soundway label.

Pre-order a copy of Ta Lassa ahead of its 17 April release on Bandcamp.

Stream this track and other similar gems in our Afro Groove Party playlist on Spotify and Deezer.