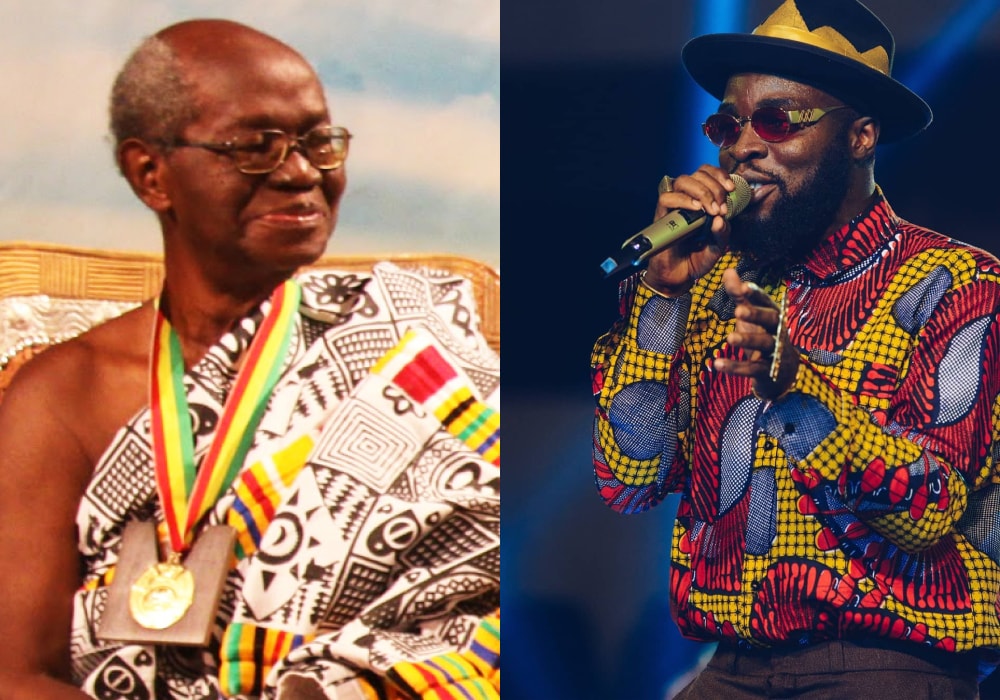 He was often referred to as “Africa’s premier musicologist”.

The world-renowned ethnomusicologist and composer Emeritus Professor Joseph Hanson Kwabena Nketia’s death is dead. He died at the Legon Hospital in Accra, Ghana. He was 97.

Born in 1921, he was a revered professional, he was often referred to as “Africa’s premier musicologist” with his wide-spanning work featuring prominently as a guide and standard for others in the field concerning the study of African music.

Also a published author, he wrote many books, among which was 1974’s The Music of Africa and 2005’s Ethnomusicology and African Music – Collected Papers, Volume One: Modes of Inquiry and Interpretation.

The largeness of his heart and humanity, his dedication throughout the ages to make his astounding knowledge of music and African music, in particular, available for study will mark him out as one to be sorely missed.

One of the more heartfelt eulogies to the Professor has come from his famous grandson, the rapper M.anifest. It reads: “Overwhelming legacy. A life well lived. Grandpa, thank you. Your humanity was your greatest composition.”

Read next: An ode to lifelines, Ladipoe’s fascinating rap style

7 albums to discover this week
News

Madina To The Universe, a glimpse into M.anifest’s galaxy
Interview