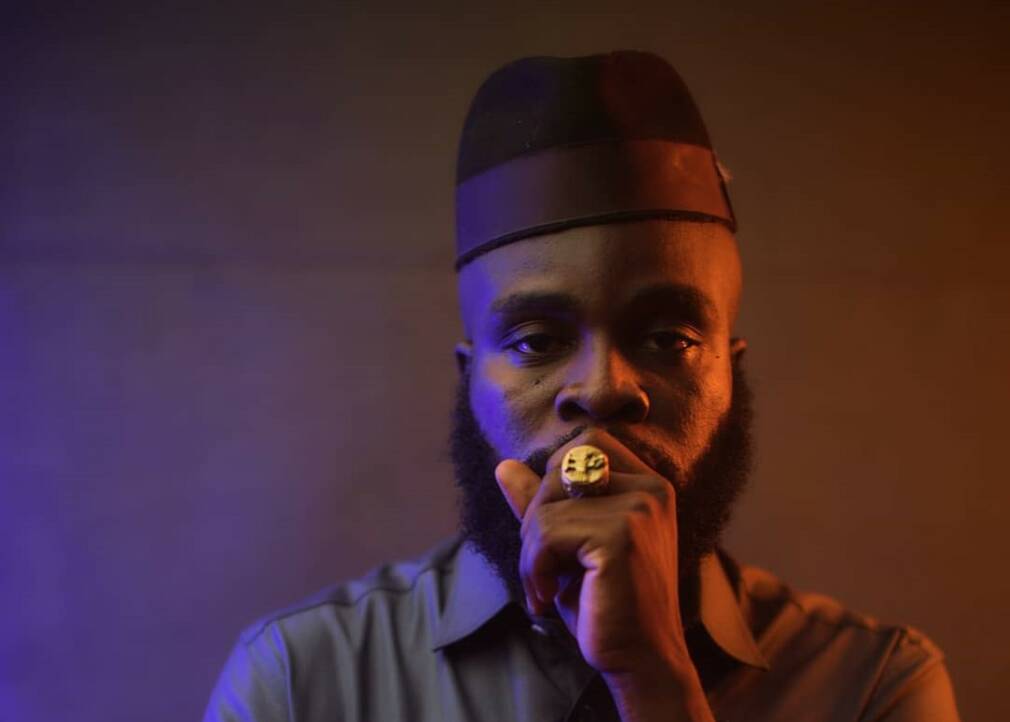 Madina To The Universe, a glimpse into M.anifest’s galaxy

The iconic Ghanaian rapper pays tribute to his hometown with a fifth studio album, going beyond spatial geography and exploring the hidden places of his mind, heart and soul. PAM sat down with M.anifest to discuss his own little universe.

The time for rapping hard, showcasing skills and trying to impress his competitors is over for M.anifest. The man’s career has been spanning over ten years, and Madina To The Universe is his fifth studio album, following an EP (The Gamble) that combined critical and commercial success. Interviewing him from his Accra base, the rapper seems relaxed, used to the game of promotion, articles and features. Yet, he remains talkative and seems to enjoy the discussion; no wonder for an artist known for his love of language and the quality of his writings. Indeed, M.anifest is a natural storyteller, and this trait is more present than ever on the colorful Madina To The Universe, where he sets his imagination and his creativity free alongside Vic Mensa, Adekunle Gold, LADIPOE, Tiggs Da Author and Patoranking. From the highlife-infused “Confusion”, which speaks about the beautiful chaos of living in Accra, the sweet and sour “Weeping Clouds”, the loving “Game Over” and “La Vida” to the luminous “Blessings”, the album is an energetic yet touching portrait of what fascinates, preoccupies and drives the award-winning rapper. Interview.

Madina To The Universe is your fifth studio album. What is at stake when you release an album now?

When you are new, it’s an excitement for everyone because… you’re new. It’s about breaking new ground and expanding your audience. I’m very fortunate to feel like when I release a record, I’m exposing myself to a whole new set of people. But how do I make better music and open myself to a new group of people? The challenge is to rely more on the strength of the music, not just on the excitement of “oh, this new exciting thing has come”. The better music you make, new audiences will come and if they think what you are doing is dope, they will go into the catalogue. You don’t have the new factor anymore so you have to create a new factor. And I think this challenge is beautiful.

Also, I think if you are an artist very committed to your work, you are always going to naturally grow. But things like timing and strategy are very important. A lot of people still make very good music but people don’t pay interest anymore. You have to be consistent in understanding the terrain, even after years of career.

Sonically, it is to make you feel like you are hearing me on different sounds, while remaining one complete creative piece. You can hear something that feels more like 808 trap, then you hear something that might feel like Afrobeats, but they are still living in the same place, in the same album. This time, instead of every song being a fusion, the different songs have different characters. That was the challenge, but I didn’t even see it as a challenge because it just naturally was coming to me, I didn’t want to force it. It just started coming to my process. It wasn’t me trying to be like “Let me do a reggae song! Let me do a trap song!” This was about doing stuff that connects, and finding the connecting pieces so when you go track to track, you say “this belongs to this, this is the same as that, and it makes sense”.

You wrote that to produce this album, you “went back to your essence”. What did you mean by that?

Originally my creative essence is very raw, recording anywhere, not really based in studio sessions etc. Just create, anyhow, anywhere. And then allowing myself to discover what I’m going to do using that creative process. When you grow more as an artist, sometimes you can sit and think “I’m gonna make this at the studio”, but this one felt more like my beginnings. I wasn’t thinking what to make, I was just creating what I wanted to make at that moment. I didn’t have the album titled or conceptualized since I was a third in the process of recording. And I allowed that to happen. That’s the creative essence for me, it’s more spontaneous, it’s intentional. And being able to do that from home… it gave me that raw energy I had when I was starting out.

What is striking on the album is the vulnerability and the intimacy you unveil, which is not that common on rap albums. You speak about your mother (“Best For You”), falling in love (“Game Over”), being deeply hurt (“Scars”)…  When did you feel comfortable enough to evoke these subjects in your songs?

I think a lot of times, I don’t wanna live so much in my head. I like speaking about things I see, things around me. The balance has been more towards my thoughts about things than my thoughts about myself. But when you have the chance to retain that creative essence, one other thing that happens is that your vulnerabilities are the things you tap into first. And I think at this stage of my life, it’s much more important for my art to do more of that.

I’m also not scared of being judged. I’ve been in the game for a while and I’ve developed a sense of confidence in myself. Yes it is not comfortable, but living with that alone is also not comfortable. You have to go through that discomfort to free yourself. What’s better life than to live like you are free? I’m not bothered, if I’m bothered I’ll cross that bridge when I get there.

Are these all stories you’ve actually been through? Like the one you tell in “E No Easy”?

Yes, these are stories I’ve lived. For some of them I add some things, but I’ve had real encounters with strangers during which they told me certain things I never forgot. I kinda condense that into some stories. Literally, for “E No Easy”, I once had a conversation with an older man who looked like he had gone through some stuff in life. He said something very important to me but I rephrased it at the end of the song: “I said I had a hard day, He said he had a hard life”. These are from my encounters, and my imagination just adds up to these. When I’m writing these, I know where the original character comes from. Then everything else just flows.

I also want to speak about “Weeping Clouds”, that really stands out. In addition to the story you tell, the sound itself is much more experimental than you are usually. How did that come about?

I was with my producer, he played the initial beat and I was like “oh, this is fire”. As I was recording, I just did the hook, and I had just gone through a difficult loss of somebody close to me, so that’s what came up. But I wanted it to sound celebratory, because even in these kinds of situations, in Ghanaian funerals, people dance. After the hook, I showed it to a couple of people and they were getting excited as if it was a finished song! And one of my friends said “yo, this sounds like a jama song” – jama is a music where people clap, in a call and response thing. I just thought: that’s it! I added the horn line, which is a jama line, I had a trumpet player coming, and then I was just like “it’s a wrap” (laughs). I can’t wait to perform that song, I feel like it’s full of life and I definitely want my future stuff to be a bit more experimental. You record a lot of experimental stuff but it never registers with a lot of people, so part of it is figuring out the cheat code. The cheat code for that one was the jama line (laughs).

Can you also explain to me what’s a “unicorn flow”?

The hook came to me after spending a lot of time alone, being on my side late. I just need to remind myself of who I am. But to remember who you are, you have to go to your creator, so that’s why I called my mom and had a conversation with her. I told her to send me a voice note about what she remembers from me as a child. She did it and it just confirmed to me that I always knew I was different: “I’ve always been comfortable being a unicorn”. That’s me as a child. And then I also decided to be different with the song, by destroying it in the end. If I’m claiming to have a unicorn flow, my song should embody that, right ? (laughs)

You end the album with “Scars” and “Blessings”. After more than 10 years in the game, which song represents you best?

Madina To The Universe, out now on all platforms.