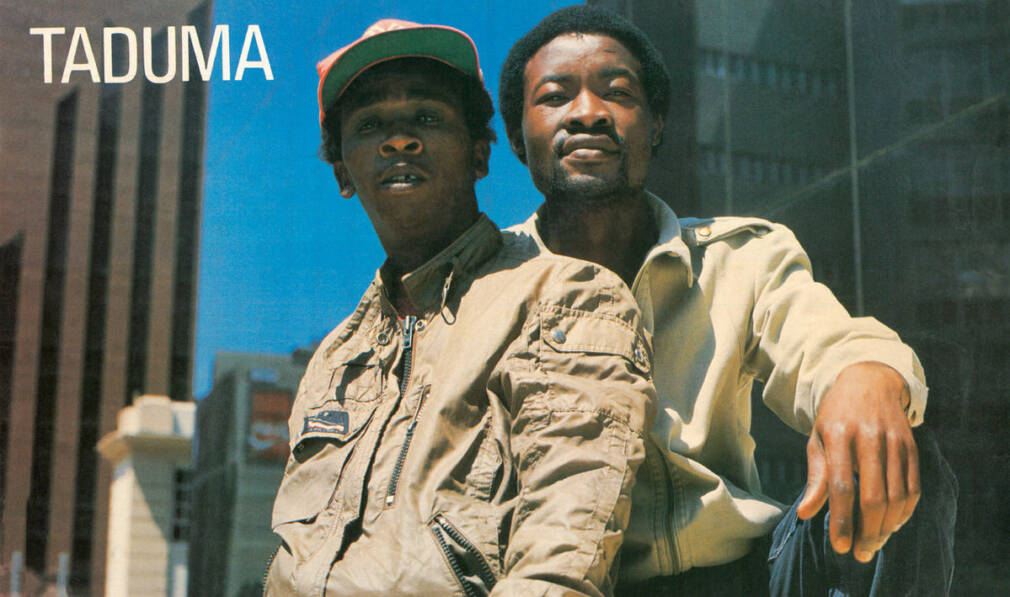 The Johannesburg-based label Afro Synth has announced a reissue of the duo, purely electronic yet un-mistakeably rooted in South African 80s disco.

When Shadrack Ndlovu and Ernest Segeel teamed up with label owner Dane Stevenson and journeyman producer Taso Stephanou to create the E&S Brothers, South Africa’s bubblegum era had just begun, spurred on by the success of Shangaan disco. The sound, funky, extasic and synth-heavy, would become the trademark of timeless icons such as Yvonne Chaka Chaka and Brenda Fassie, and the soundtrack of an entire generation of Black South Africans living under Apartheid. Released via Blue Tree, E&S Brothers’ debut 12” Don’t Bang The Taxi Door had a relative success across the country’s taxi ranks, notorious for their key role in spreading popular music. The follow up to the project was the recording of a full album: Taduma, featuring Dr Buke on keys, an in-demand session player from Soweto.

When Taduma released in 1985, the album was a “moderate” yet consequent hit, propelled by tracks like like “Taxi Door” and the hypnotic chorus of “Mhane” (“Mhane, famba na wena”, meaning “Mother, I am going to you”). South African label Afro Synth is now reissuing the project and has unveiled the title track, giving a perfect example of the duo’s soundscape: joyful and danceable, with heavy influences of disco and a prophetic kwaito touch.

Indeed, vocally, Ndlovu and Segeel are closer to rapping than singing, and use a combination of English and vernacular. Tracks like “Mapantsula” and “Be Careful” also place the duo within the street “pantsula” style, closely associated with the rise of kwaito and hip-hop in South Africa. Driving the music with vocals are waves of euphoric synths over explosive drum machine sounds, the word “Taduma” meaning the sound of the drum. Following Taduma, Shadrack Ndlovu went solo in 1988 with his album Makhala Njalo in 1988.

Taduma by E&S Brothers, out via Afro Synth.