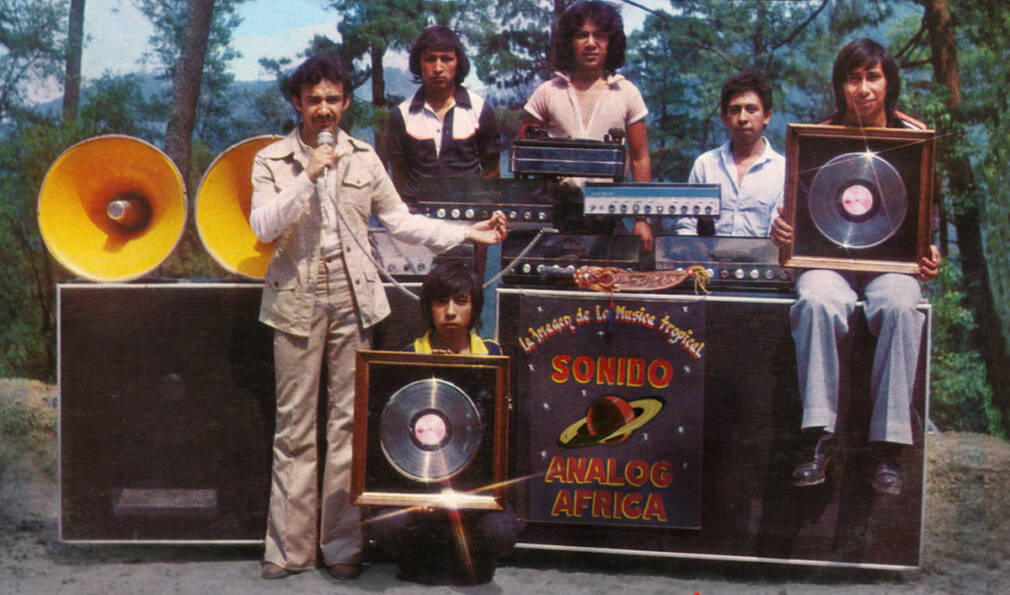 Analog Africa explores the sounds of the Mexican sonideros and slowed down Cumbia sound systems for their new 14 track Saturno 2000 compilation.

Rebajada, meaning “to reduce” or “slow down” in Spanish is a slowed down, smoothed out version of Cumbia coming from Mexican sonideros (sound systems inspired by Colombian picos). The sonidero who brought Peruvian and Ecuadorian music to Mexico was the legendary Pablo Perea of Sonido Arco-Iris, and although his fingerprints are all over the Saturno 2000 compilation, this selection of songs in rebajada is exclusive to DJ Lengua.

DJ Lengua, given name Eamon Ore-Giron, brought the rebajada sound to Samy Ben Redjeb’s (Analog Africa Founder) attention back in 2010 and has been compiling the Saturno 2000 compilation since. With the exception of some classics by Polibio Mayorga and La Sampuesana – the queen of all rebajadas – most of these songs have likely never been performed as such, let alone published.

This mysterious mix included some Ecuadorian songs by Junior y su Equipo – aka Polibio Mayorga (a cult figure in the sonidero scene), some Mexican tunes, a Colombian and various Peruvian songs, undoubtedly the driving force behind this project.