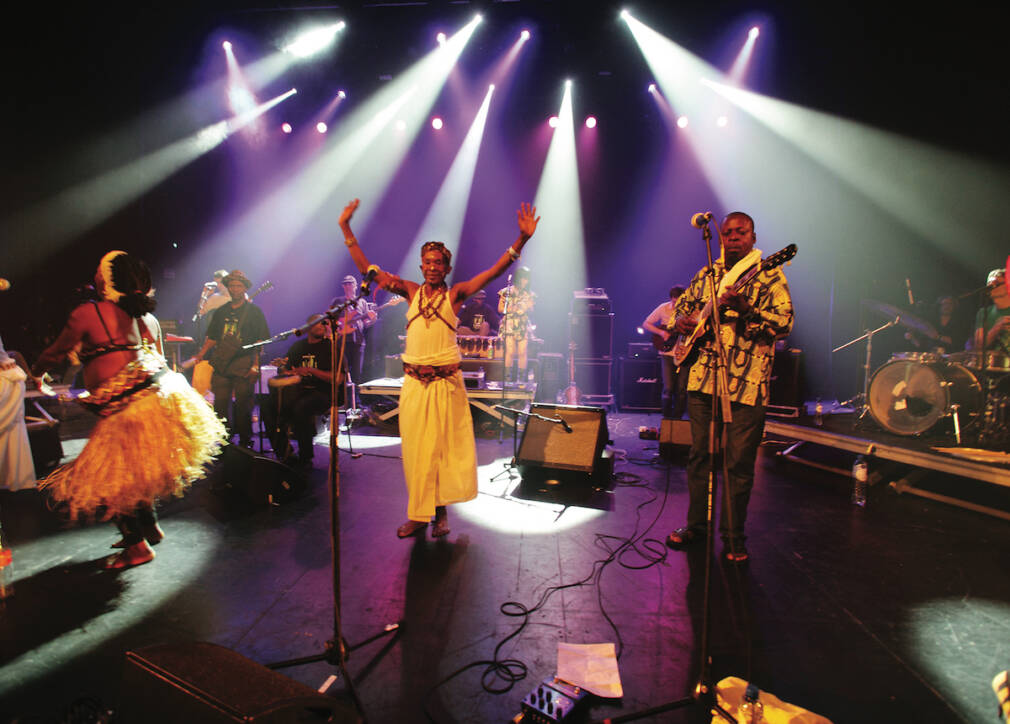 From Kinshasa to New York, via Buenos Aires and Stockholm, the supergroup Congotronics brings together four continents on a single album.

Legendary Congolese bands Konono N°1 and Kasai Allstars, along with nine of experimental rock’s most creative musicians – Deerhoof, Juana Molina, Wildbirds & Peacedrums, and Matthew Mehlan (Skeletons) – join forces for what promises to be an epic album – Where’s The One.

To give us a taste, the supergroup has released “Banza Banza” and “Beyond The 7th Bend”. Recorded live, the former is a sort of psychedelic rumba led by flamboyant energy and performed by Kabongo Thisense (singer of Kasai Allstars). The second track is fully instrumental and dreamlike. Under the influence of folk, Western and African guitars join around a likembe (a traditional Central African musical instrument with metal blades fixed to a resonance box and played with the thumbs).

Announced for release on 29th April 2022 on Crammed Discs, the project features 21 tracks in a mix of studio and live recordings. Having first got together in 2011 for the Congotronics vs. Rockers tour, the artists took the opportunity to record tracks before, during, and after their shows. In total there are ten singers, five guitarists, three likembe players, two bassists, and three drummers. The artists hail from all over the globe – from Congo to New York, via Buenos Aires and Stockholm.

Over the course of ten years and across four continents, the participants in this project have set out to combine the electrified traditional music of Congolese artists with the experimental avant-rock styles of their Western compatriots.

Listen to Congotronics International in our playlist Songs of the Week on Spotify and Deezer.