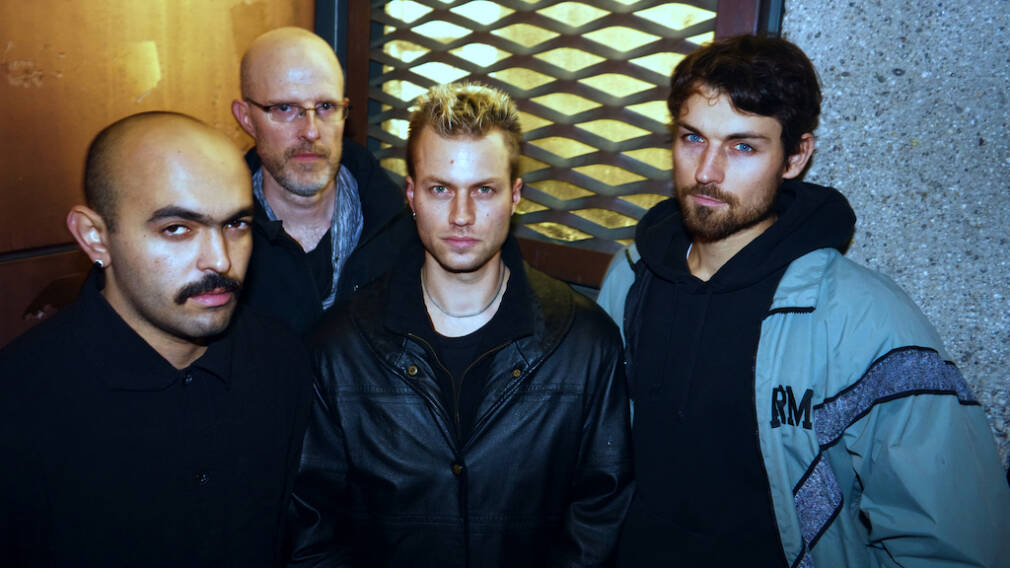 The Carl Gari & Abdullah Miniawy project – an unlikely alliance between a German electro trio and a fiery Egyptian rapper and poet – have crossed swords once more. Between The Bullet And The Front Sight, Casting Lots is out this Friday on Molten Moods. Read on for more info.

On the one hand, a German electro trio steeped in industrial rock, ambient, and breakbeat; on the other, an Egyptian rapper whose pen drips with the ink of revolution. Carl Gari – made up of Jonas Yamer, Till Funke, and Jonas Friedlich – and the author Abdullah Miniawy have once more crossed swords in the studio. After the acclaimed EPs Darraje and The Act of Falling from the 8th Floor, the quartet has just released Between The Bullet And The Front Sight, Casting Lots. It’s eight tracks of pulsating spoken word supported by thick layers of digital sound, at times anxiety-inducing, always powerful.

Abdullah Miniawy, a poet and activist in exile

Possessing a voice that is free and expressive with undertones of Sufism, Abdullah Miniawy was born in 1994 in Saudi Arabia, but grew up in the oasis town of El-Fayoum, southwest of Cairo. A poet, singer, composer, and – above all – an activist, he has rocked stages in Egypt as well as social networks on the fringes of revolutionary movements. In 2016, he left Cairo to settle in Europe. In Paris he’s collaborated with the electric oud player Mehdi Haddab of the group Speed Caravan, as well as with rapper Marc Nammour from La Canaille. In 2017, Abdullah moved into a studio with Érik Truffaz. The following year he presented his creation Le Cri du Caire at the Avignon Festival in the excellent company of multi-instrumentalists Peter Corser, Sarsten Hochapfel, and the French neo-Klezmer clarinettist, Yom.

In 2018, the singer teamed up with bass music producer Simo Cell. In 2020, the duo released the excellent six-track album Kill Me Or Negotiate.

Between The Bullet And The Front Sight, Casting Lots is the third collaboration between Abdullah Miniawy and Carl Gari. The project was released online during 2021’s Rewire Festival. Their performance was recorded and the hypnotic show makes the music from Dune seem like the soundtrack to a pleasant walk in the country.

Between The Bullet And The Front Sight, Casting Lots by Abdullah Miniawy & Carl Gari will be released this Friday on the excellent Munich-based label Molten Moods.