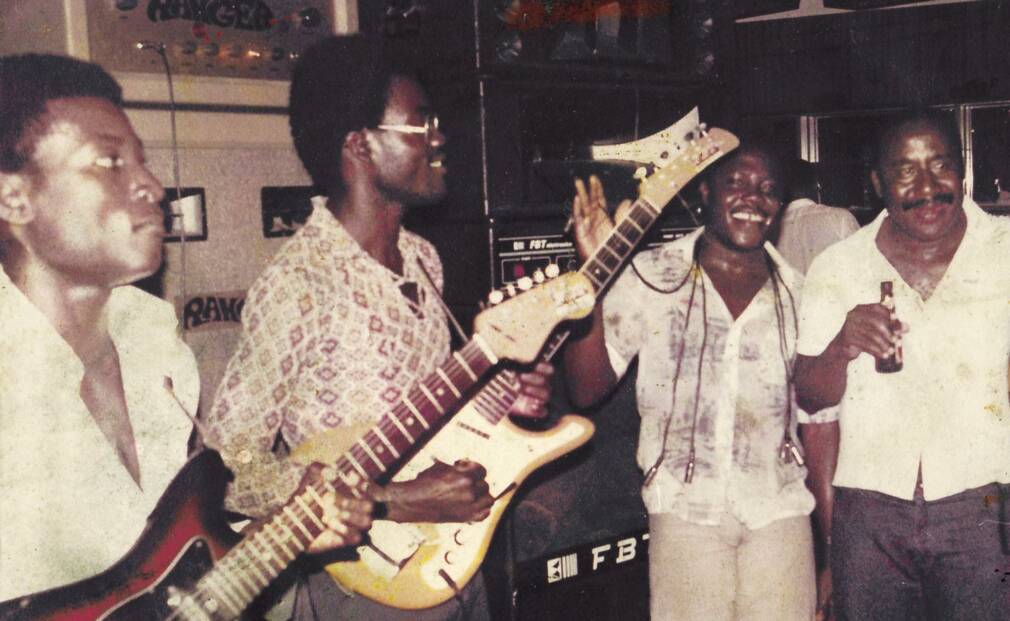 África Negra: the cult group of São Tomé will soon have its anthology

The flagship group of the island, started in the 70s, has gone through wind and tide. The label Bongo Joe is working to reissue its greatest hits in the first volume of an anthology. While we wait for its release, (April 1st), PAM unveils one of its formidable hits.

“Vence Vitória” is one of the great hits of the África Negra orchestra, which alone could represent the excellence of São Tomé’s music. Moreover, it is one of the few to have defended the flag of this island colonized by the Portuguese, which served as a place of relegation and exploitation of the labor force for the entire empire. Moreover, when the group formed by Horacio, a butcher by trade, and his friend Emidio Pontes decided to change their name to África Negra in 1974, the colonial authorities wouldn’t tolérait it, and the band, which had been called Conjunto Milando since 1972, had to adopt the much more flowery name of Girasol (“Sunflower”) for several months. A temporary change as independence was coming fast, as in the rest of the Portuguese colonies, precipitated by the Carnation Revolution. In São Tomé, it was África Negra who embodied – as in Guinea Bissau with Super Mama Djombo – the euphoria and hopes of those years.