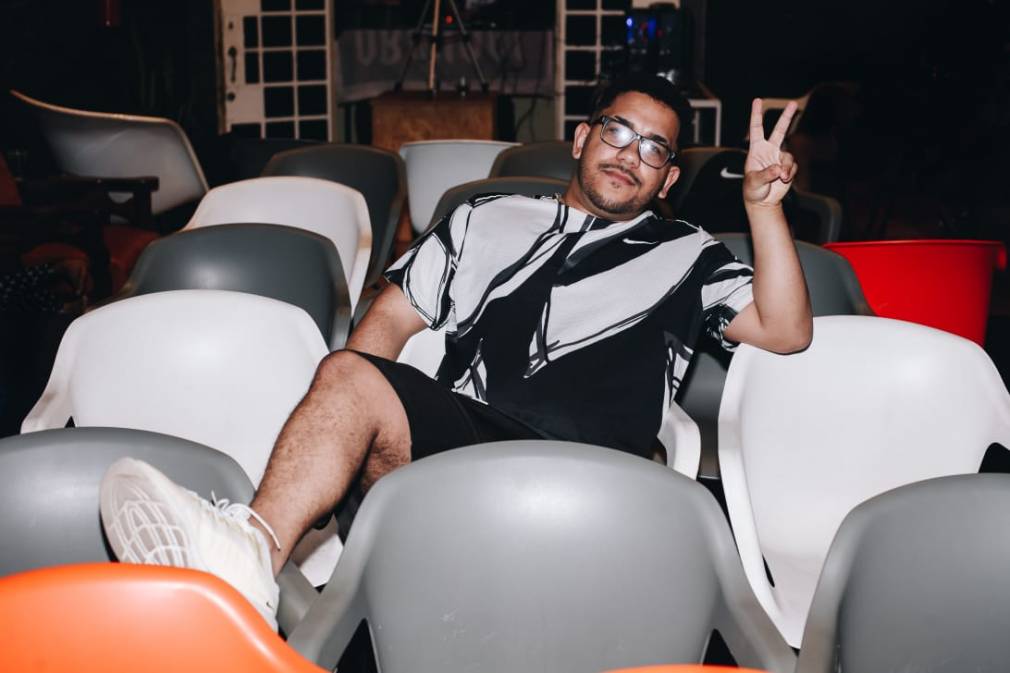 The young Brazilian producer releases his seventh project in less than a year with Ritmo, a tribute to Coco rhythms from the north of the country. Listen to “Verde” ahead of the album’s release.

Alongside his Baile series of beat tapes and edit on Bandcamp, VHOOR pays homage to the Samba de Coco, a derivative of the Coco genre, a folk rhythm and dance from the popular parties in the Nordeste region. “This rhythm influenced a lot of other genres throughout the country, like ‘rasteirinha’ which is a subgenre of baile-funk” he says. “For this release, I wanted take the approach that folkloric music is still rooted in the music that we do today.” This style has its roots in the Quilombola communities, colonies founded by escaped slaves, an often neglected phenomenon of Afro-Brazilian culture that the beatmaker wanted to highlight by marrying the essence of these sounds with his own electronic music. Solicited by the best rappers in the country, this prolific young artist continues to be inspired by both urban and traditional movements, and has become one of the biggest and most daring proponents of baile-funk.

“I make beats pretty much all day, everyday,” admits the hyperactive producer, “I love to be able to create and share this music with the people who follow my work and I believe it’s about sharing positive vibes.” While he is known for his fresh and modern interpretation of baile-funk, VHOOR is also comfortable with hip-hop and trap, and considers himself a “Brazilian and Afro-Latino beatmaker above all” who absorbs all the styles of music that his huge country has to offer, appropriating “the ancestral influences that each genre has in common.” The Belo Horizonte-native also notes his desire to maintain this panoramic vision of self, with another project already slated that will take another look at Brazilian boogie…

The album Ritmo will be available on April 2. Pre-order it here.

Listen to VHOOR in our Songs of the Week on Spotify and Deezer.