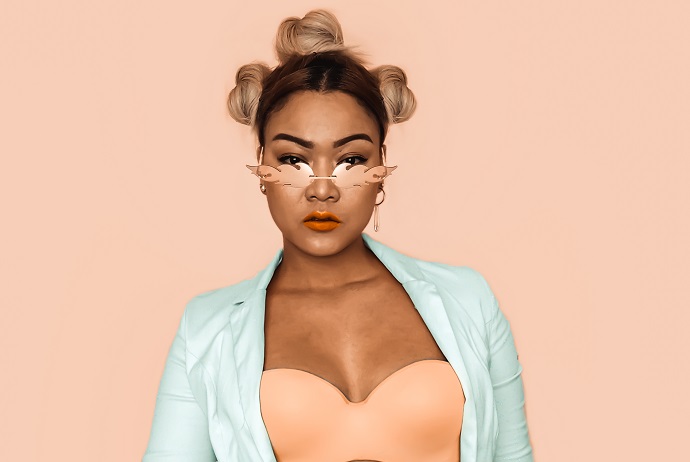 Let’s bring the week to a beautiful close by celebrating International Women’s Day alongside the DJ and Zimbabwean educator, King Her, with a bewitching Afro tech mix.

Born in Harare and of Zimbabwean and Japanese heritage, King Her discovered a passion for art at an early age. With a degree in multimedia and graphic design under her belt, and in tandem with a successful career in marketing and pharmaceutical auditing, she developed a talent for modern dance and an immeasurable love for music. A jack-of-all-trades, King Her uses charisma, human qualities and influence to turn her hand to many things, from being a TV presenter on ZTN to owning her own store.

It was in 2015 that King Her began to break through as a DJ on platforms, appearing notably at the top of the Mixcloud charts with dancehall, Afro-house and EDM sets. The Zimbabwean has remained independent and in control of her career, preaching the best practices of DJing whenever she gets the chance in teaching sessions for kids on how to DJ. King Her is also a member of the conglomerate The Movement, which gathers 36 artists around a fusion concept that mixes DJ performance and live instruments.

It is her remarkable journey that has given her the tools to act as a mentor for emerging African female DJs. She invest in the awareness and preparation of future generations for the great challenges of life by being an ambassador for various campaigns for health or to end violence against women.

Despite the 2020 crisis that hit musicians and DJs hard, King Her has been able to keep up the pace by appearing on platforms such as Sound City Africa Music Platform, Nash TV, Nash Paints, iHarare Extreme, and Zimbabwe 263 Diaspora, among others. For the PAM Club, she gives a hypnotic, percussive set, as well as announcing new productions for the near future.

“This mix is filled with various African sounds and drums, I wanted to captivate the listener by taking them on an enthralling journey through the various Afro Tech rhythms!”