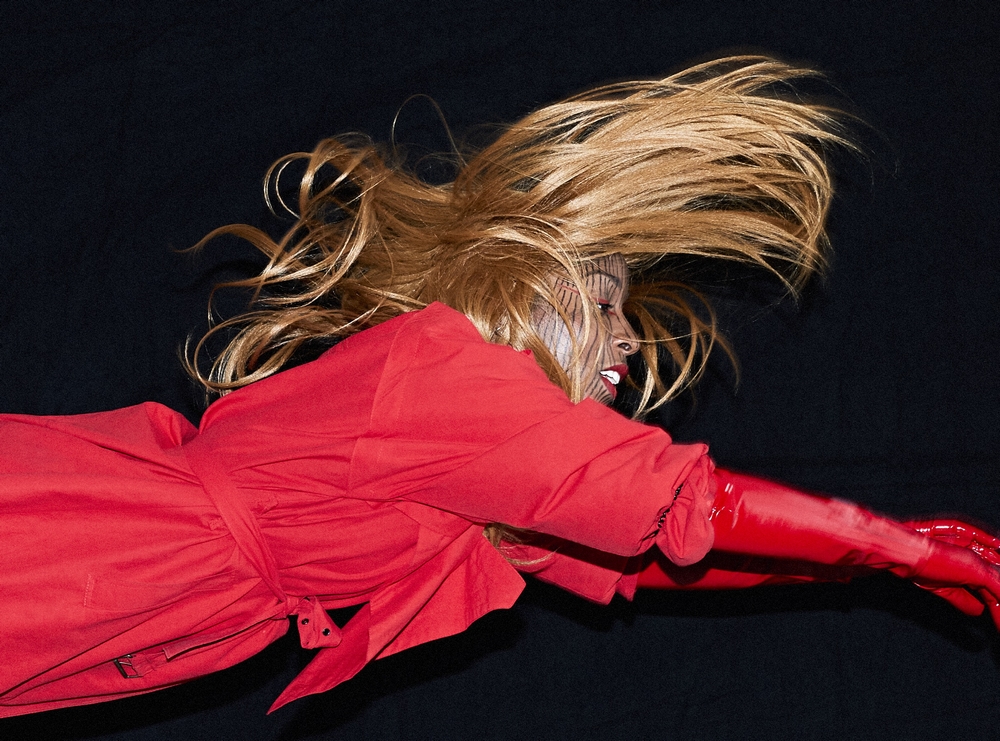 On the opening track of this compilation, from Soulwax and 2 Many DJs, the Belgian-Caribbean artist evokes vulnerability in this health crisis via “Bear With Me (and I’ll stand bare before you).”

The Deewee label has been celebrating musical diversity forfive years and has united many artists, like Extra Credit, James Righton or Soulwax, around a compilation of 27 tracks including 3 exclusive releases.

Charlotte Adigéry is known for her eclectic music and this new single announces the compilation. In 2017, she released her self-titled EP, which featured lyrics in English, Creole and French. She produced her second EP La Falaise, under the pseudonym WWWater, inspired by Martinique’s landscapes. “Paténipat” also features on the soundtrack for the HBO series The New Pope.

Now locked up behind closed doors, the singer talks about her daily life.  She exposes her fragility in love, asking herself countless questions in the track “Bear With Me (and I’ll stand bare before you)”: “I’m afraid you’ll forget my name, I can’t help but feel so hopeless.” Indeed, this period is challenging for couples and the single evokes both the feeling of isolation and the need for connection. It is a project that reflects the psychological distress many feel, with the aim of bringing comfort via the disco sounds of Charlotte Adigéry and Bolis Pupul.

The singer explains: “Bolis and I are storytellers, writing observational stories about the strange world we all live in. Bolis and I are making a time capsule, writing songs that tell the story of life in 2020. We believe that 2020 was a cornerstone of the 21st century. This song is about being confined, so confronted with the way we live. The cruel irony of having the privilege of standing still, questioning and observing my life in safety while others are fighting for theirs.” She adds: “On the other hand, the title speaks to the impossibility of running away from oneself and being confronted with one’s relationship with oneself and others. Not hovering from one busy schedule to another, never looking back.”

The Foundations compilation will be released on May 7, 2021 via Deewee.

Listen to Charlotte Adigéry in our Songs of the Week playlist on Spotify and Deezer.