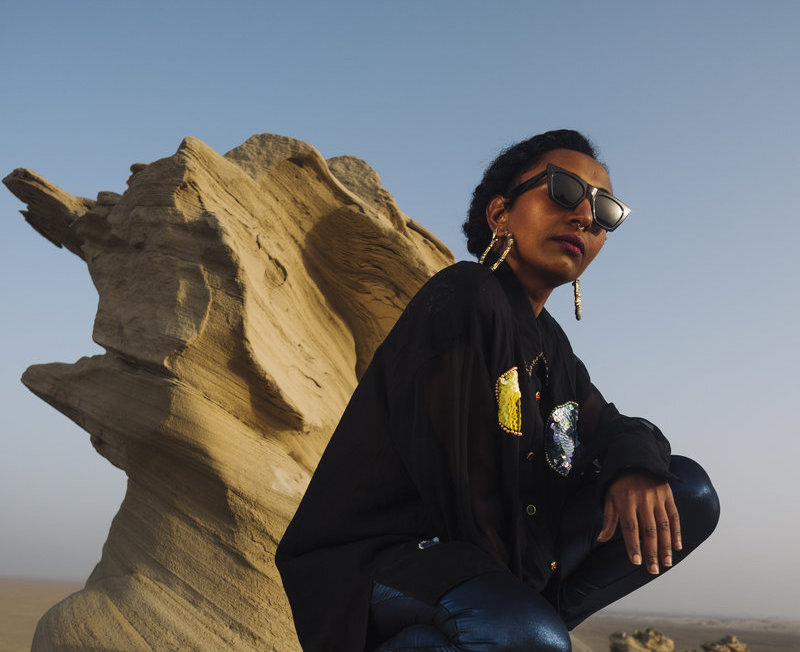 The Nubian singer from Brooklyn radiates on “Your love is home,” a track conceived as the soundtrack to the new novel by Sudanese-American poet Safia Elhillo.

The East African retro-pop scene threatens to make a comeback on this ode to the nostalgia felt by the Sudanese diaspora. Written and composed in Cairo, Alsarah’s sound resonates with a new novel by Sudanese-American poet Safia Elhillo, HOME IS NOT A COUNTRY. The song captures the atmosphere of the city where the plot unfolds.

The main character of the novel, Nima, has a particular passion for old Egyptian films, which plunge her into a past she does not fully know but has come to known via stories told to her… An unfathomable desire pushes her to understand this era, and by extension, herself.

“I imagined this song to be coming out of a scene in old Cairo at a cabaret, performed by a Nubian singer who is the first in her family to be born in the big city after the high dam was built,” says the singer. To better understand the context, we have to go back sixty-one years, to the time of the construction of this dam, whose pharaonic works along the Nile valley caused the displacement of populations – and even ancient monuments from Egyptian and Sudanese Nubia, such as the Abu Simbel temple. The risk of agricultural flooding caused by this dam in the Nile valley inevitably forced the Nubian populations to leave their region and move to the cities.

Nima is one of many who have been uprooted from their land. She now has to fight with the ghost of an unlived life. To grasp this feeling of uprootedness, she ventures into history. There she discovers a hard family past linked to the history of the country where she lives, which makes her feel like a stranger in her own home in the now very cosmopolitan centre of Cairo.

Alsarah’s retro-pop track is a wonderful reflection of this unquenchable desire to understand a past that has remained silent for too long. The Nubian singer captures the sense of embracing a future built on a connection with a distant homeland.

Find Alsarah’s new single on Bandcamp and in our Worldwide Women playlist in Spotify and Deezer.