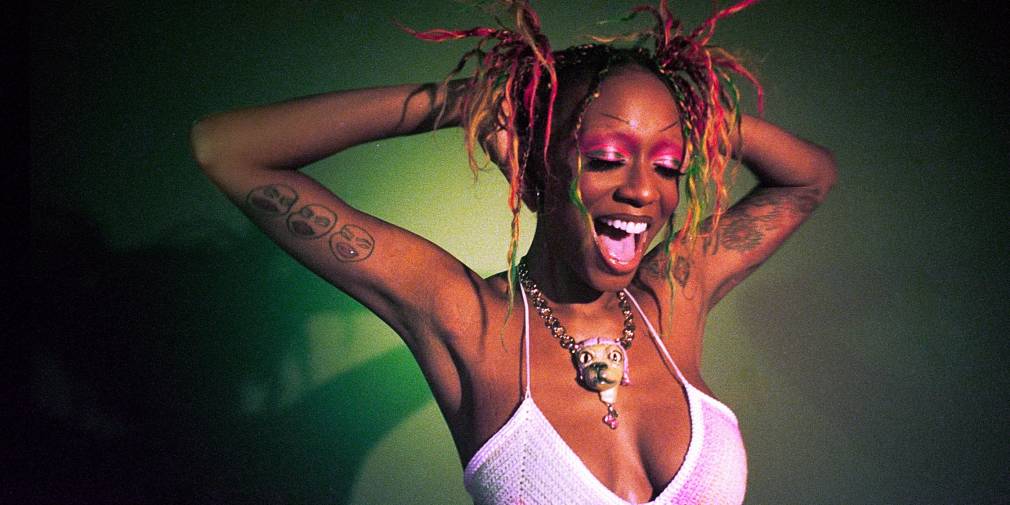 The rapper and New York native released JP4 back in 2020. It has now arrived on wax, offering a blend of sensuality, pop and R&B, all put to the service of positive sexuality.

After starting to rap with friends in high school, the Brooklyn-based has made a name for herself by, among other things, encouraging a sex positive attitude in the feminist movement. Junglepussy rapped alongside Lil’ Kim in 2013 and received praise from Erykah Badu, one of her great R&B inspirations for Satisfaction Guaranteed, which she released in 2014.

As such, Junglepussy is continuing a tribute to her Trinidadian mother, who always preached self-love. Her visuals are very colorful, as is her hair, and her mother taught her never to be afraid of her creativity. Junglepussy is a proponent of a strong, unapologetic feminism… She doesn’t hesitate to make fun of beauty standards, as in “Morning Rock,” where she expresses a poignant observation: “I gotta hate me for you to love me.”

The rapper also criticizes toxic masculinity, as in “Main Attraction,” in which the artist appears as a doll. Whether with singer Ian Isiah or rapper Gangsta Boo, Junglepussy continues to deliver her message of self-acceptance, if only by reclaiming her own femininity: “Growing up, I would see Brandy on Moesha and see her keeping in her cornrows and her braids, but still flourish in her art and music, looking fly. I loved Moesha as a child, but now I take away something more special from it. Just because you’re a black girl, it doesn’t mean you need to only care about hair and makeup. Brandy cared about books, culture and where she was going – you can do both.”

Pre-order the vinyl edition of JP4 ahead of its March 5 release via Jagjaguwar.