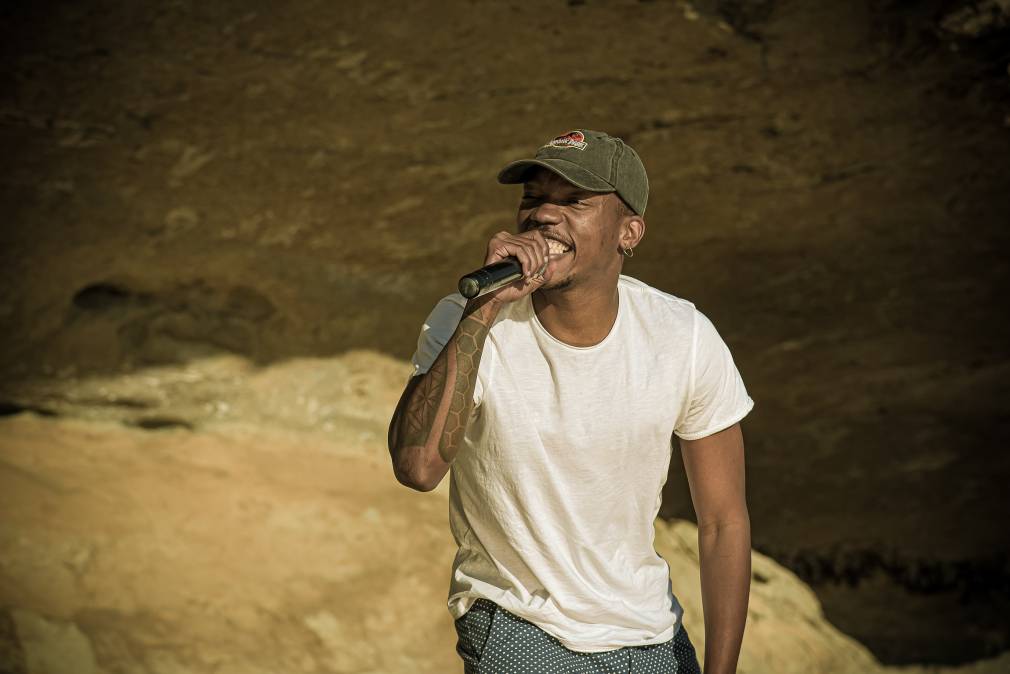 The South African musician has announced a Youtube broadcast of his Caves of Clarens show, on February 24.

It is a fascinating twenty-five minute performance that was filmed in one of the most amazing caves in South Africa. Very close to the kingdom of Lesotho, the Free State province is particularly known for its immense plains, the richness of its soil and the caves that were home to the first inhabitants of this region of the world, as well as the shamans of today. The performance marks a way for the artist to reconnect with the sources of his country. He said: “My roots are everything to me. My mother is a Zulu from Zimbabwe, my father a Sotho from Swaziland. It is a sin not to honor your ancestors and to forget where you come from. Music is a very spiritual experience for me, of the highest order. Inspiration often comes to me in dreams. Spirituality is cultivated … and the temple is you. I try to remain humble.”

In the concert Muzi plays several singles, including “Stimela Segolide,” meaning “the golden train,” in reference to the journeys made by his father, a miner who was sent far from his family during apartheid. His album Zeno, nominated for a South African Music Award in 2019, is a perfect illustration of the artist’s attachment to his roots, particularly “Good Vibes Only,” with its frenzied percussion. It is an unmissable , promising a perfect symbiosis between ancestral heritage and electronic modernity.