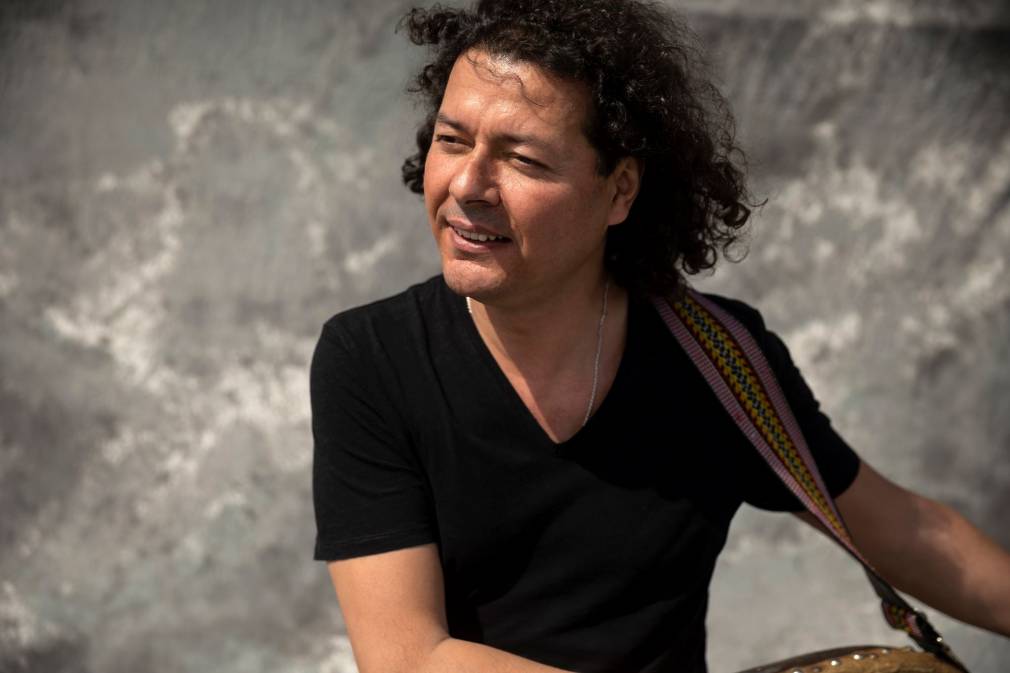 Aziz Sahmaoui and the University of Gnawa will play a live greatest hits set for the group’s tenth anniversary, at 7pm tonight, on PAM’s Facebook page. A transcendental universe of music awaits!

Aziz Sahmaoui and the University of Gnawa will offer mystical and unbridled rhythms in a live set tonight. After collaborating together for a decade, these artists are capable of performing in perfect synchronicity and will do so for the Au fil des Voix digitized festival, offering a show based around their Best Of album, which was released on December 11, 2020.

On the program they will revisit the entire Moroccan and West African musical heritage, from the Atlas Mountains to the Sahara, all wrapped in a soul blend, as illustrated by the pan-African track “Soudani Ya Yemma.” These artists show how Gnawa culture is still as powerful as ever, a symbiosis of animism and sufism. Alune’s groovy bass, Cheikh Diallo’s melodious kora and Aziz Sahmaoui’s dancing ngoni never cease to amaze audiences. The artists also invite us to reflect on our current world, whether via war in Iraq with “Maktoube?,” poverty with “Miskine” or the failures of the government with “Kahina.”

Don’t miss their concert, which will be broadcasted tonight, at 7pm, on our Facebook page!