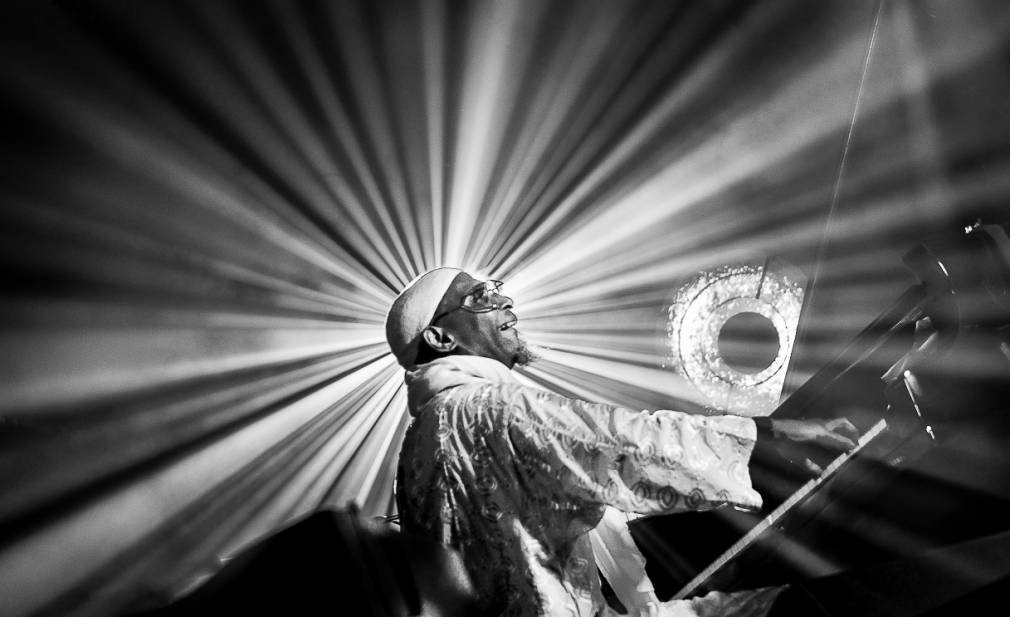 These last years, Omar Sosa has been travelling a lot. In seven African countries, he met some musicians and recorded with them. The result is a remarkable  album, a true symbiosis between traditional African musics and jazz.

Cuban composer and pianist Omar Sosa has spent ten years shaping An East African Journey. By fusing jazz and traditional African music, this album embodies a deep mysticism, made possible by Sosa’s meetings with eight artists from East Africa during a tour in 2009. Since this event, the Cuban musician has continued traveling in Africa, and has produced this album alongside the Madaganscan singer and valiha player Rajery, the Kenyan singer Olith Ratego, the Ethiopian krar player Seleshe Damessae Burundian bassist Steven Sogo and the Mauritian percussionist Menwar. Sosa also visited Sudan and Zambia on this sprawling journey. Despite all the album’s diversity, a certain coherence is maintained by Omar Sosa’s fellow travellers who are present on each track, namely Steve Argüelles, on drums and percussion and Christophe “Disco” Minck on double bass.

This album’s objective is to explore the Afro-Cuban heritage within the musical cultures of the musician’s native country through artistic cross pollination. As such, a large variety of instruments are present, such as the lokanga, the kalumbu, the marovany, the nyatiti, the ravanne and the umuduri.

Don’t miss their concert on April 13 and 14 at the Bal Blomet in Paris. Preorder this album here.